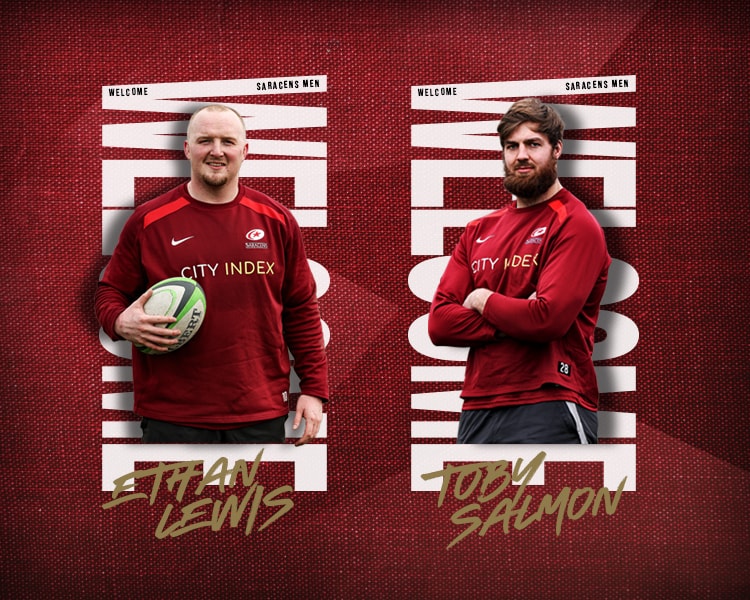 Saracens is pleased to announce that hooker Ethan Lewis and lock Toby Salmon have both joined the club on loan as injury cover until the end of the 2020/21 Greene King IPA Championship season.

Lewis joins from Welsh outfit Cardiff Blues where he has made more than 50 appearances, the 26-year-old also having represented Wales at Under-20 level.

Meanwhile Salmon arrives from Premiership side Newcastle Falcons where he made six appearances in a successful Championship season. He also made 16 first team appearances for Exeter Chiefs before joining Newcastle for the 2019/20 campaign.

Director of Rugby Mark McCall said: “Ethan is an experienced hooker who will provide strong cover in a vital position for us during the season ahead. Similarly, Toby is a commanding lock who we expect will make a positive contribution to the group.

“We look forward to welcoming both Ethan and Toby into the group and providing them with the opportunity to continue to grow as players within our environment.”