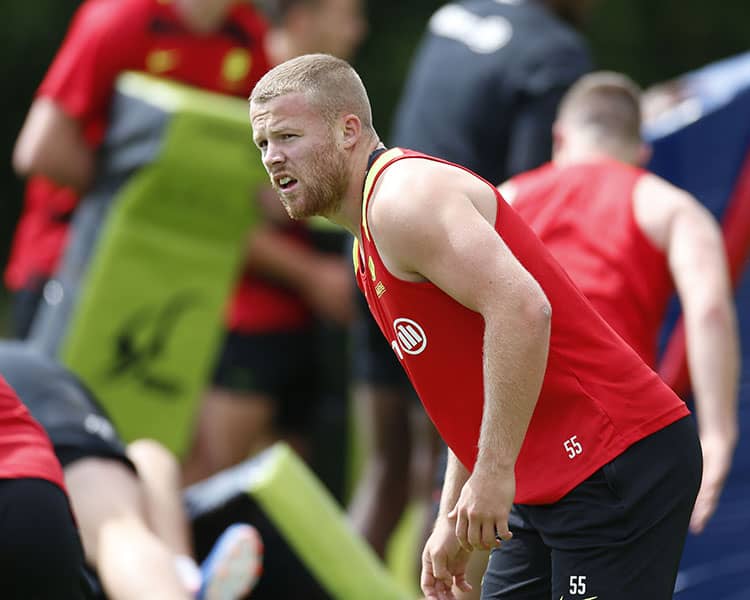 Everyone’s champing at the bit – Whiteley

Saracens kick-off the 2019/20 campaign at the Premiership Rugby 7s this evening and Tom Whiteley is raring to go.

The scrum-half will captain a 12-man Sarries squad at Franklin’s Gardens with Sale Sharks and Worcester Warriors providing the Men in Black’s opponents in Pool A.

Led by Senior Academy Coach Adam Powell, Saracens won the tournament last term, but Whiteley was unfortunate to miss out due to injury.

The average age of Saracens’ 7s squad is 20.

At 23, the nine is one of the more experienced players in the selected group and he is looking forward to having a hit out with some of the club’s youngsters ahead of the XVs-format beginning at Wasps next weekend.

“I was water boy last year due to injury so I’m can’t wait to get out there,” Whiteley said.

“It’s always an honour to captain Sarries and to be able to pull on the new shirt for our first competitive fixtures of the 2019/20 campaign is exciting.

“There was some great rugby on show at last year’s tournament and the boys did well to get to the final and win.

“It’s weird for me to say I’m one of the more experienced players in the squad when I’m only 23 but I’m looking forward to playing alongside the Academy guys who are relishing the opportunity of competing in a senior tournament for the first time.

“Everyone’s champing at the bit and we’re ready to go.”