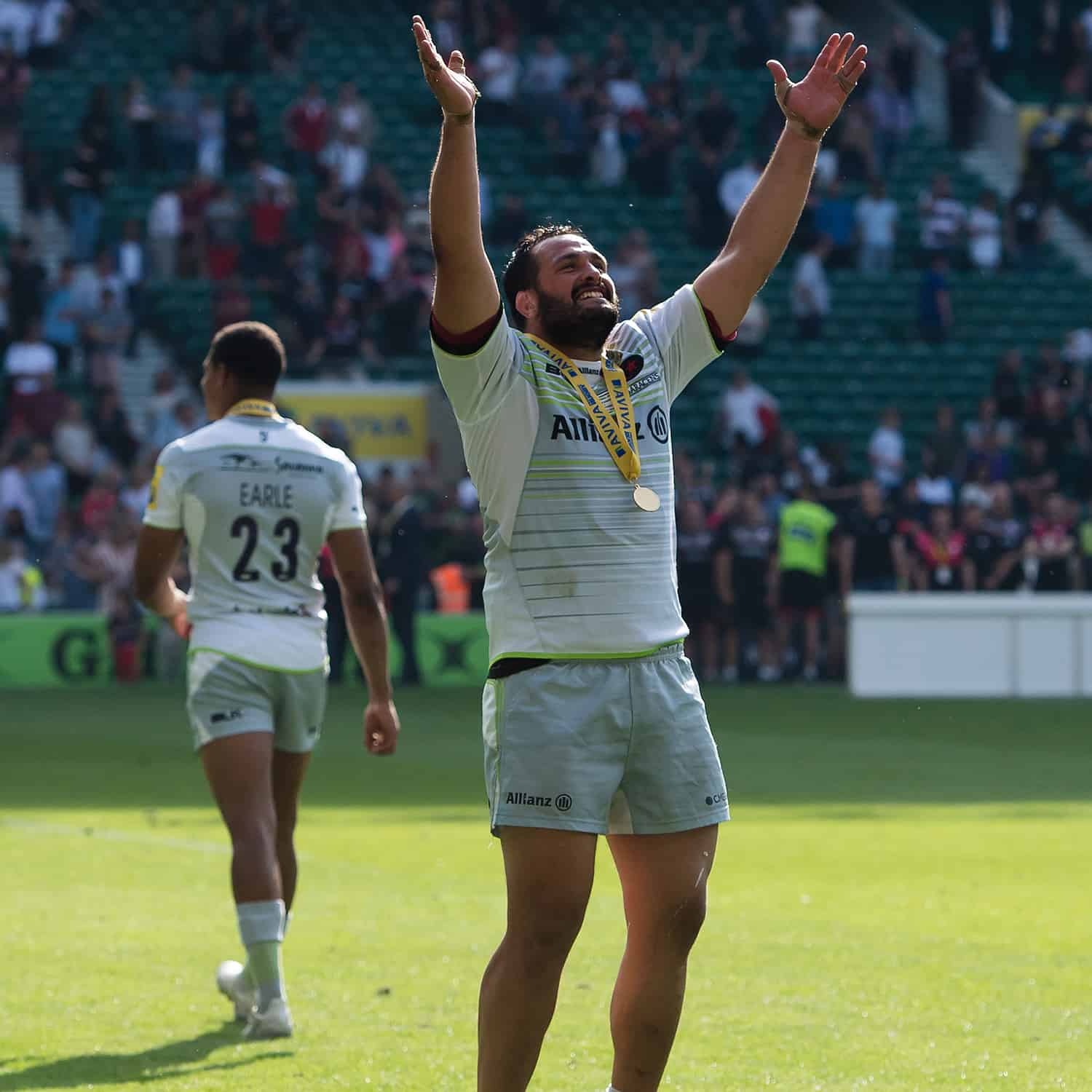 Saracens is delighted to announce Juan Figallo has extended his contract at the club until the summer of 2021.

The 30-year-old, who scored on the final day of the regular Aviva Premiership campaign against Gloucester, has made 88 appearances for Sarries since joining from Montpellier four seasons ago.

During his career Figallo has forged himself the reputation as one of the finest scrummagers in World Rugby.

The 24-time capped Argentina international famously raced back from the hospital following the birth of his baby boy to play for the Men in Black against Gloucester in February 2016 – such is his commitment to the Wolfpack.

A family man, Figallo, his wife and two children have found home at Saracens, one of the reasons the forever-smiling tighthead prop is pleased to prolong his stay in north London.

“My family came here as two; I got married just before I came here and now we have two kids and we’re living the Sarries life. We really love it.”

“He has contributed enormously on and off the pitch in his four years at the club. He’s a great player, a brilliant character and we’re delighted to have him and his family stay at Saracens.”