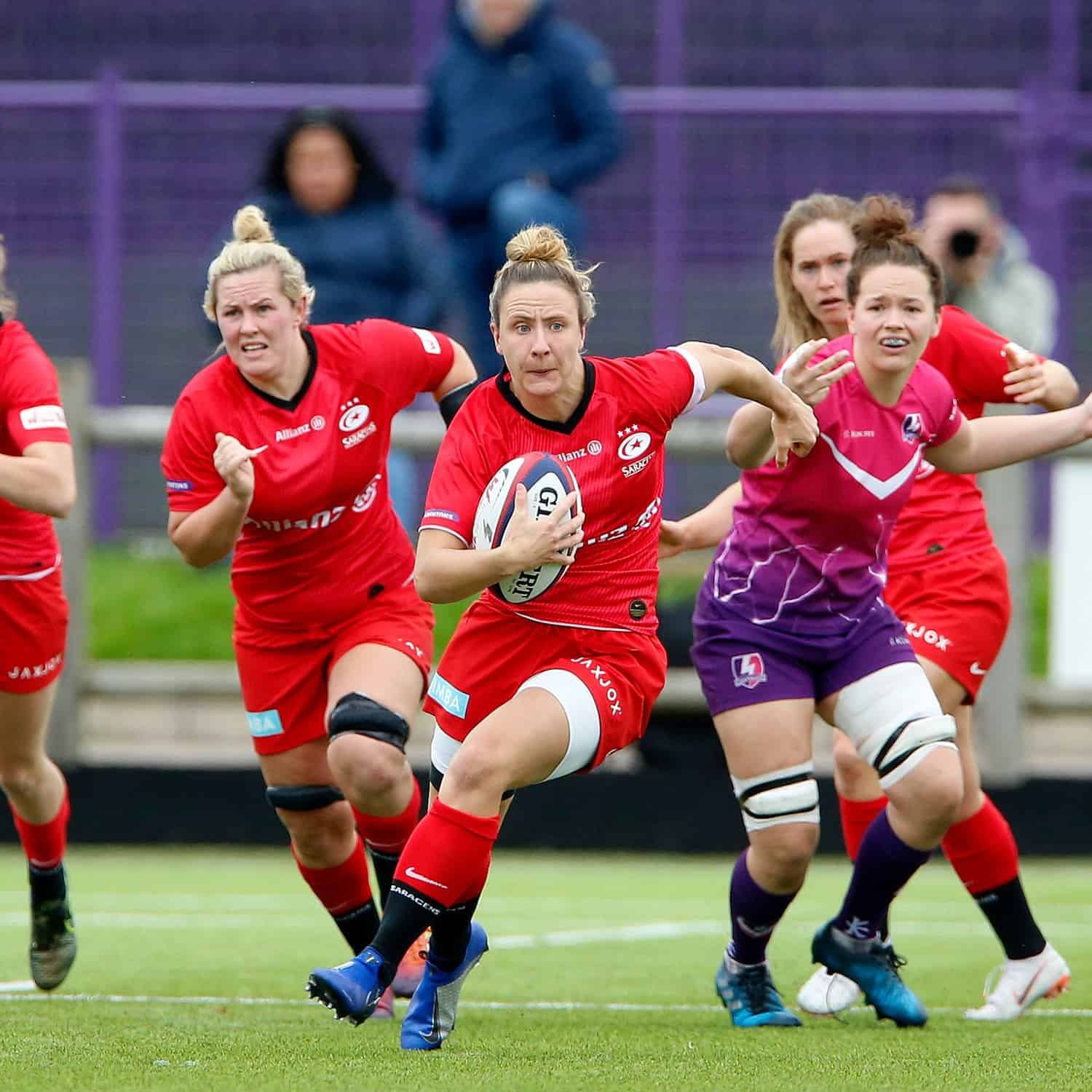 Sarah McKenna has been named on the wing for England Women’s 2020 Women’s Six Nations meeting with Wales at Twickenham Stoop on Saturday 7 March (KO12H05).

She is joined in the starting line-up by Poppy Cleall and Vicky Fleetwood, selected at second row and openside respectively. Hannah Botterman and Zoe Harrison take their place among the replacements for this weekend’s round four contest.

Fleetwood and McKenna were among the try scorers when England beat Ireland 27 – 0 at Castle Park, Doncaster in round three of the Women’s Six Nations.

England Women head coach Simon Middleton said: “Sarah McKenna has played really well at full back for us over the Six Nations so far but she’s also a player we see with the versatility to play wing as well.

“England against Wales in any sport is an iconic fixture and we are very much looking forward to the game.”

Book your tickets for The Duel and get an discount on Saracens Men vs Wasps at Allianz Park!

(live on Sky One, Sky Sports Action and Mix and free to view on Sky Sports YouTube channel)