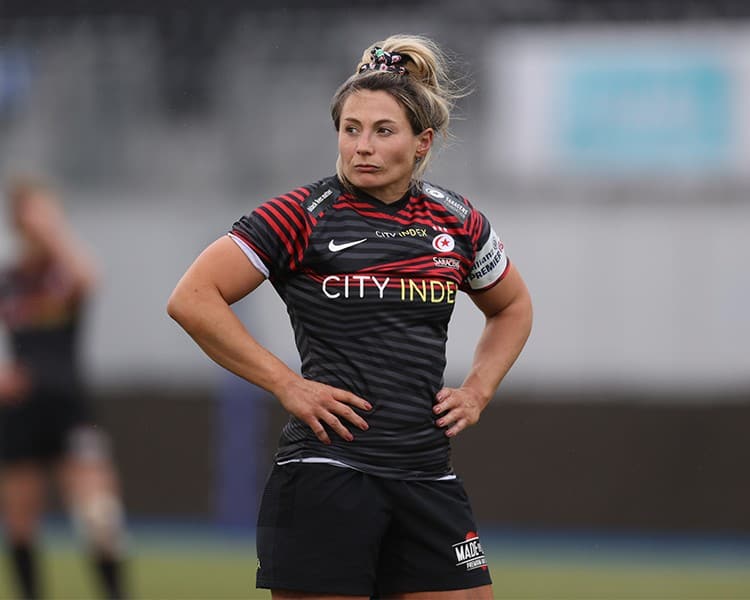 Fleetwood: We knew we were going to have to ride that storm

Vicky Fleetwood admitted Saracens Women knew they’d have to ride a storm when reduced to 13 players after a thrilling 34-21 win over Exeter Chiefs.

Those tries came after two yellow cards to May Campbell and Eloise Hayward in the first half, however, a stunning second half performance put Sarries back in control.

“We needed to breathe and look at the fact that we’d gone down to 13 players, we knew we were going to have to ride that storm but once we got 15 players back on the pitch we could let loose and bring it again,” she said.

“We knew it was going to be a tough fight today obviously after losing against them at their place so we wanted to show what we could do when they came to ours.”

“It was a bit of a dog fight out there and we need to be disciplined and at times that’s what let us down so it’s something we need to keep working on and take into next week.”

The taste of victory was even sweeter though given difficulty of overcoming a two player deficit, especially considering Exeter’s obvious quality.

She added; “It’s absolutely rewarding to win after going down to 13, that speaks volumes on the team that were out there today.”

“We collectively just played really well and kept bringing that line speed, doing the things that we know are our strengths.”