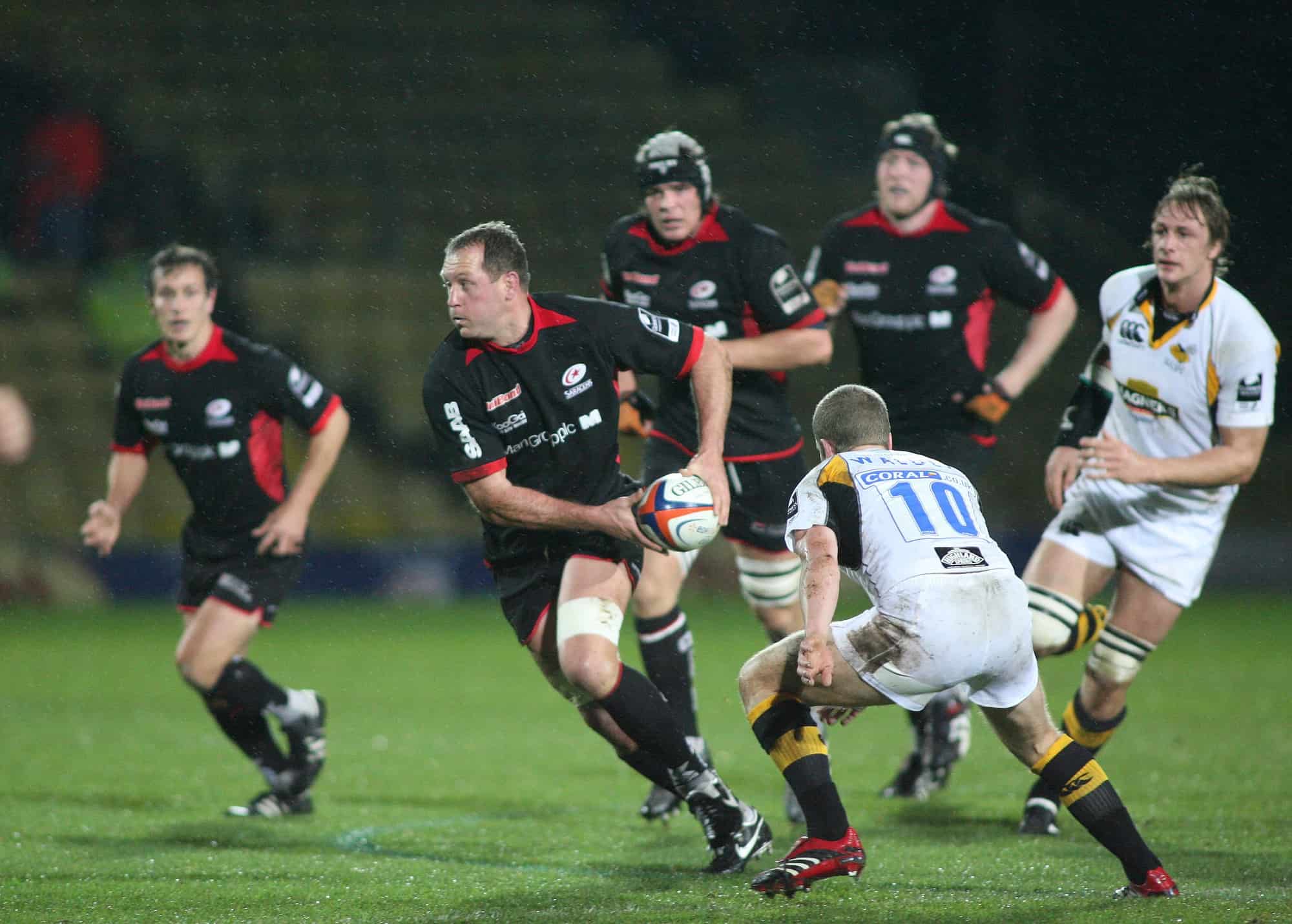 The 1997/98 season, was to prove to be one of the landmark years of the club. A move to Watford now took place over the close season and a ground share with Watford FC and their 22,000 all seater Vicarage Road Stadium.

Saracens would call Vicarage Road home for 16-years. The first Saracens match at Vicarage Road was scheduled to be a league clash against Richmond. That match was cancelled following the death of Diana, Princess of Wales. But a few weeks later, Saracens played their first match at their new home when Castres were the visitors in the European Conference. That ended in a 26-21 victory for the home side.

The club only lost three games during the season to finish second in the Premiership, one behind Newcastle and making their first appearance in the Tetley’s Bitter Cup at Twickenham, after defeating Leicester, Richmond and Northampton on the way, where they demolished Wasps 48-18. This victory was the perfect stage for Michael Lynagh and Philippe Sella to make their exit as they retired from rugby at the end of the season.

Memories from the Vic

The home of Saracens would be the stage for some of the club’s most famous and talent players. Legends such as Richard Hill, Thomas Caistengede, Kevin Sorrell, Kris Chesney and many, many more would leave an indelible mark on any Saracens fans memory with some superb performances.

There would be ups and downs during the clubs stay in Hertfordshire. Many coaches came into the club and some failed to deliver success, and some came mighty close. The club’s Heineken Cup run in the 2007/2008 season under the tutelage of Alan Gaffney would be one of the happier memories of the clubs stay at the home of the Hornets.