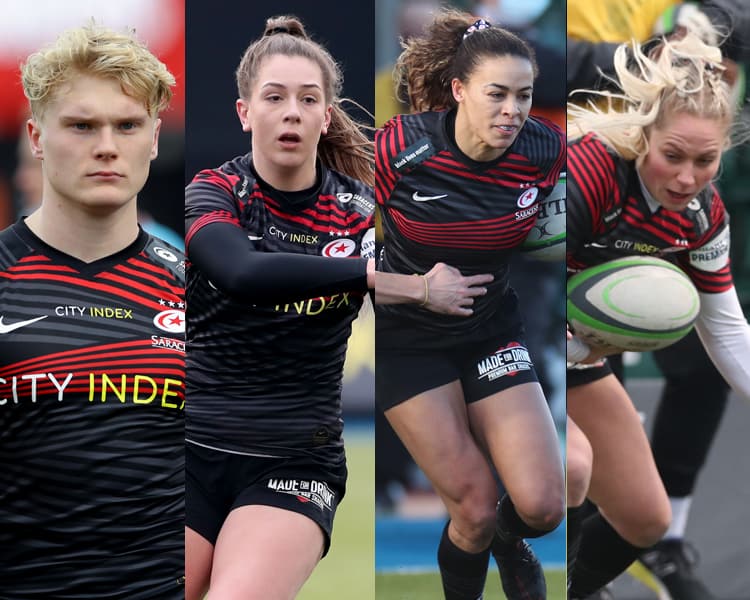 Four Saracens have been selected in GB Sevens’ initial training squads for the forthcoming campaign.

Senior Academy wing Ben Harris has been named in the Men’s squad while Holly Aitchison, Deborah Fleming and Emma Uren are in the Women’s.

Made possible by an innovative commercial partnership with The National Lottery, GB7s will operate a banded pay structure which will give equal opportunities across both the men’s and women’s programmes to be financially rewarded at the same level.

Both teams will be based at Loughborough University with their first camps set to take place in March ahead of their pre-Olympic tournaments in the lead up to July and the HSBC World Sevens Series 2021, details of which will be announced in due course.

“The collaboration across all three unions and their respective partners has been brilliant to get us to this stage in a short amount of time. I would also like to thank the clubs for their support in allowing players to follow their short-term ambitions of competing at an Olympic Games.

“We are delighted to be able to confirm an equal pay structure up to the Olympics, and are, of course, grateful to the National Lottery for their fantastic support.

“While we are extremely pleased to be able to confirm our squads, the door is not closed for any player and we will continue to monitor all players’ progress over the coming months.

“We are excited to get players and staff on the ground in March as we take our next steps as a programme.”