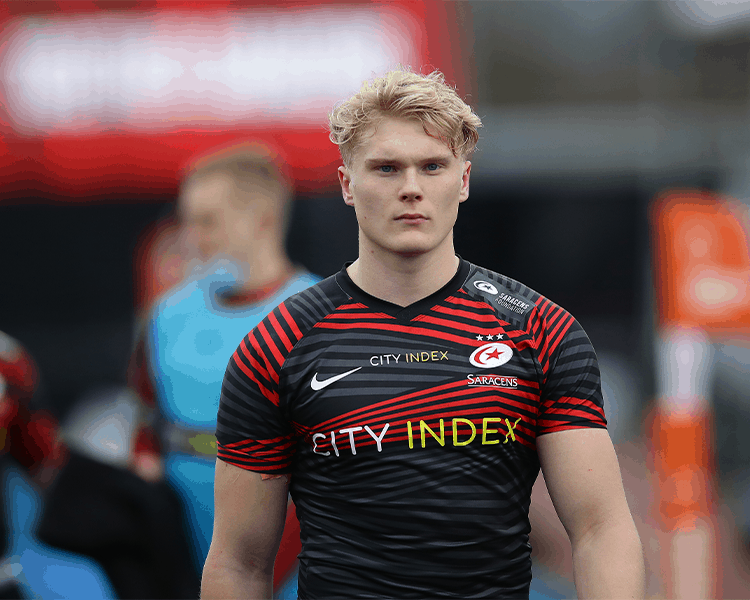 Saracens is proud to reveal that four players have been selected to represent Great Britain in the Rugby Sevens at the Tokyo Olympic Games.

Ben Harris, who has made four appearances for Saracens will be travelling to Tokyo, whilst three of the Saracens Women team will also be making the journey.

Holly Aitchison, Deborah Fleming and Emma Uren have all been rewarded for their performances with a place on the plane to Tokyo to feature in the Olympics.

The British Olympic Association (BOA) has confirmed the selection of 24 rugby sevens players who will represent Team GB.

Made possible by an innovative commercial partnership with The National Lottery, the wider squads have been operating as GB7s based at Loughborough University since March and competed at the International Rugby 7s tournament at St. George’s Park and HPC International 7s in Ireland.

This weekend they travel to LA to take part in ‘Quest for Gold Sevens’, their final preparation event ahead of the Games.

“There is a huge amount of experience across both of these squads, not only from Rio 2016 but from many years of competitive rugby sevens which will stand these athletes in great stead heading into Tokyo. We’d like to congratulate everyone on their selection and look forward to seeing sevens in action at the Tokyo Stadium this summer.”

Women’s head coach Scott Forrest said: “Selection was very tough. We’ve had 22 players involved in the programme since we started in March who have created a very competitive environment. Every one of those players has been so important. And it’s not just about the successful 13 players who have been selected today. If we are successful in Tokyo, it’s going to be down to the whole squad, the whole 22 not just those who are going out to perform at the Olympic Games.”

Men’s head coach Tony Roques said: “We’re massively grateful to the National Lottery for us to be on this journey together.

“We’ve become a very tight-knit group and everyone has contributed.

“It was really tough to deliver the news to a lot of people I’ve known for a long time.

“Ultimately, I feel I’ve done what was right for us to be successful at the Olympic Games.

“I’d like to congratulate those selected. They’ve worked extremely hard over the last few months and deserve this opportunity.

“We’re all very much looking forward to continuing our preparation and then heading to Tokyo.”