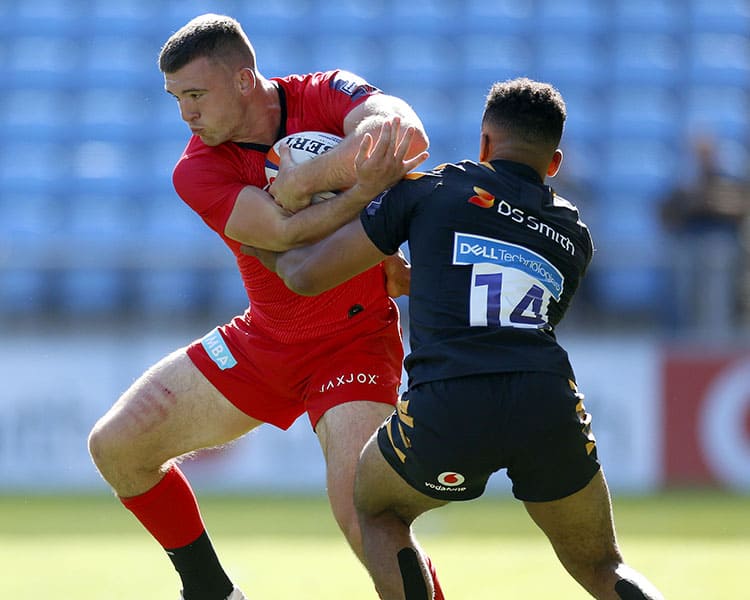 Matt Gallagher is excited for Saracens’ return to Allianz Park this weekend.

The Men in Black haven’t played at home since May where they reached the Gallagher Premiership final with victory over Gloucester.

The 2019/20 campaign began on the road with a win at Wasps in the Premiership Rugby Cup with rugby back in north London for the first time on Saturday.

“It’s been a long time since we played at Allianz Park; everyone is excited to get back there in front of our supporters,” Gallagher said.

“They were great for the whole of last season and have carried that into the 7s and at Wasps this. We’re really grateful for their vocal support and can’t wait to hear them in full voice on Saturday.”

Sarries welcome Sale Sharks to NW4, with both sides kicking off with healthy victories in the opening round of the Cup.

Gallagher played 41 minutes in a strong defensive performance from Saracens and he feels the same levels are needed against Steve Diamond’s side.

“It was a really enjoyable first hit out last weekend at Wasps,” he said.

“Pre-season was tough so the result and more importantly the performance was really pleasing especially considering how young the squad was.

“Sale got off to a good start too and displayed some good attacking rugby which is something we need to be wary of. Our levels in defence need to be the same as they were at the Ricoh.”