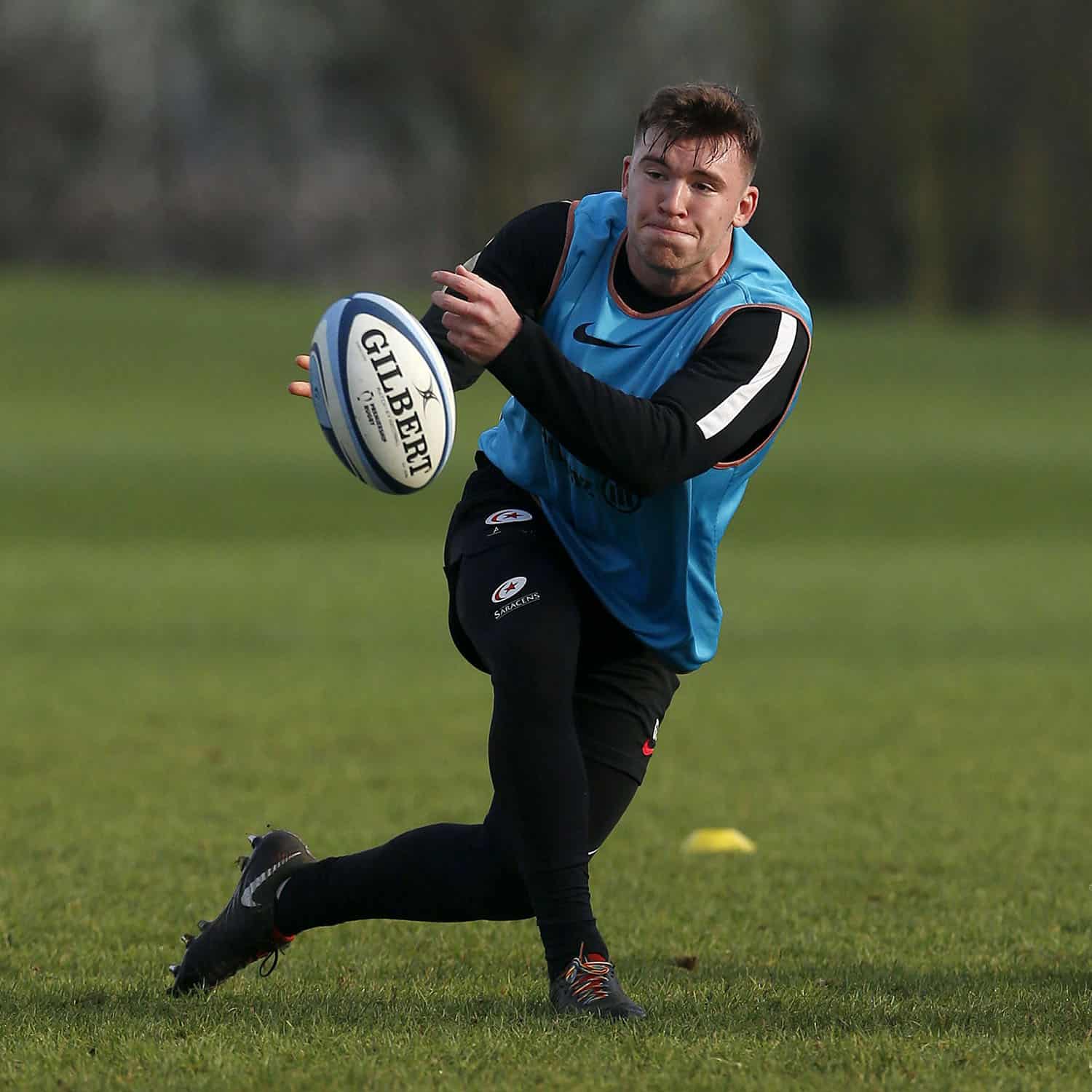 Saracens is pleased to announce Matt Gallagher has signed a contract extension at the club.

The full-back, who has featured nine times in all competitions this season, will remain at Allianz Park until the summer of 2020.

Gallagher joined the Sarries academy aged 14 and has risen through the system, impressing frequently for Storm and catching the eye when called upon for first-team duties.

He made his senior debut against Ospreys in the 2014/15 LV= Cup before spending a season with Old Albanian in National Two South to further his development.

In the summer of 2016, the 22-year-old starred for England Under-20s as they went on to lift the World Rugby U20 Championship and later that year gained experience in the Championship at Bedford Blues as well as making his Premiership bow for Saracens.

This season, Gallagher started and scored in the Men in Black’s opening home match of the campaign and made his European debut in the pool-stage victory over Glasgow Warriors.

In total, he has made 25 club appearances.

“The coaches have been brilliant with my transition from the academy to the first team and the club is a great environment to be in. I’m looking forward to getting my head down and working hard for further opportunities.”

Director of Rugby Mark McCall added: “Matt is an extremely hard working player who is always looking to develop areas of his game and is improving all the time as a result.

“His performances this season have been really impressive and his progression has seen him make a deserved European debut. We’re delighted he is continuing his journey with us.”