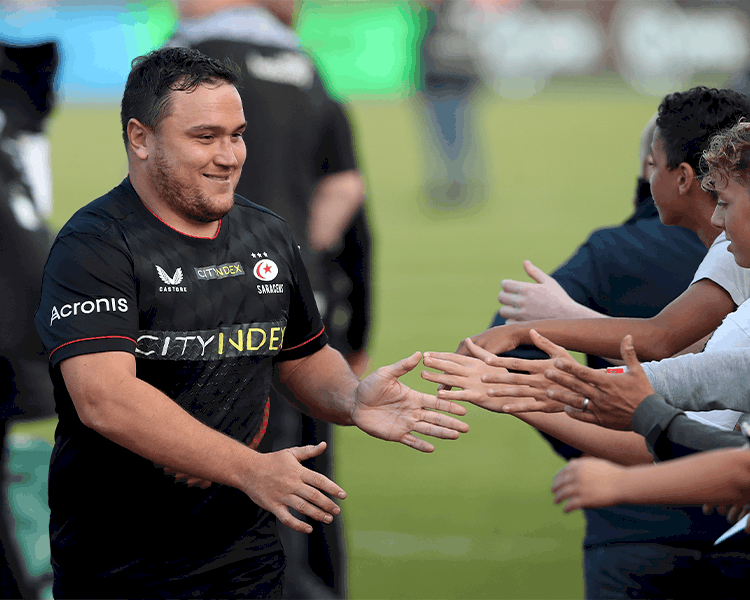 George: “There is so much more to come from us”

Jamie George says there is still plenty to come from the Men in Black after their comeback victory over Newcastle Falcons on Saturday afternoon.

The hooker scored a try and was named the Gallagher Man of the Match in an impressive display, but he wasn’t getting carried away after the bonus point win.

“In the first half we were bad and it will be a frustrating view of the game. We were compounding individual errors and we’ve got to cut that out of our game by being more clinical.” Said the England hooker.

He added: “There is so much more to come, we’ve got a lot more in us. The way the guys set the stall against Bristol was unbelievable so hopefully after this we can fine tune some things, build on it and get better in a lot of areas.”

Despite what could be described as a disappoint first half, after the restart Sarries looked a different side which George was pleased about.

“The game is about momentum. Newcastle had it in the first half and we were disappointed with how we reacted, it took us a while to get going but we came out of the blocks really well after half time and turned it on in the second half.”

That was the first home match in the Premiership for 12 months and the first capacity crowd since the start of the COVID-19 pandemic, and their influence wasn’t lost on the squad.

“The noise is just amazing. We weren’t in the Premiership last year and the main thing we missed the most was the crowd. We’ll never take for granted the impact an atmosphere can have on us, it makes such a difference.”

TICKETS FOR OUR NEXT HOME MATCH AGAINST WASPS ARE AVAILABLE NOW!