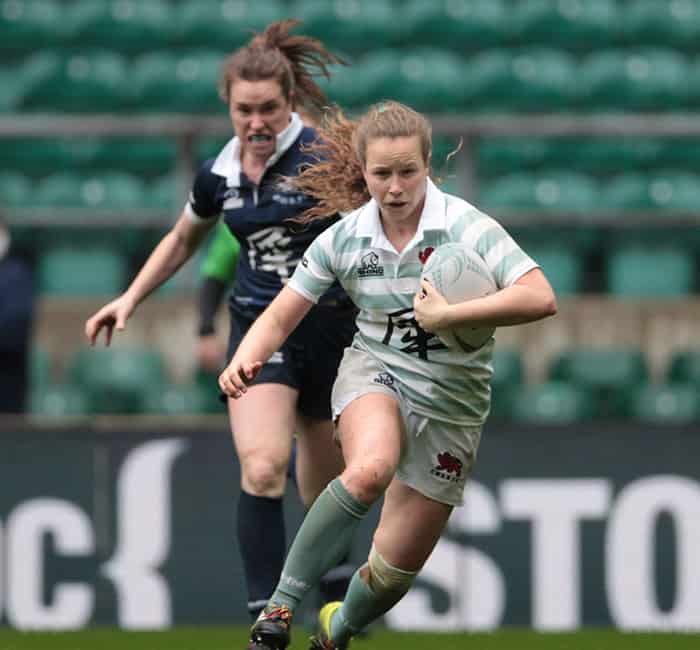 Grant and Nicholls lined up together at centre for Cambridge as they took on Oxford University in a tight and low-scoring contest.

Oxford University led 5 – 3 going into the closing minutes of the game before Grant scored a memorable individual try to secure the victory for her team.

The outside centre burst through the Oxford midfield before showing her footwork and speed to swerve outside the covering defence and score of the finest tries in the history of the fixture.

There was also Saracens involvement in coaching team for Cambridge. Scotland international Anna Stodter and Jack Baird, member of coaching team from the last two Tyrrells Premier 15s title victories, played their part off the pitch for the Light Blues.