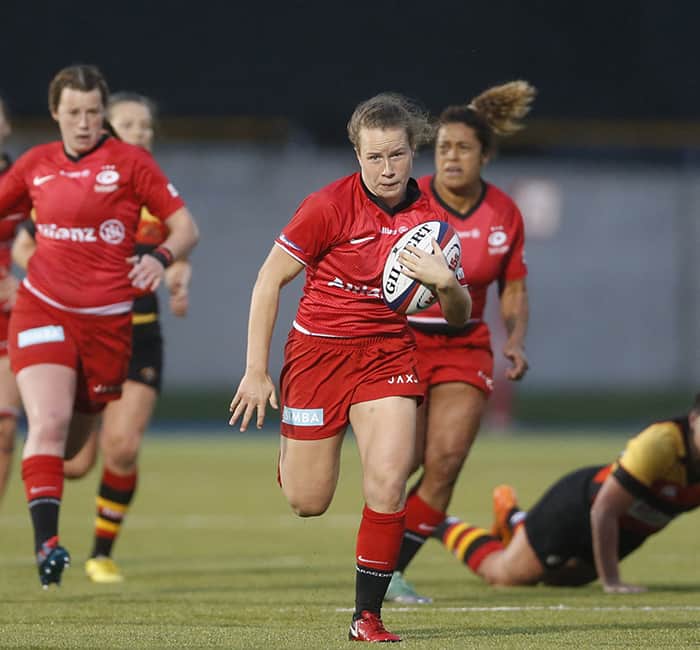 Grant and Rettie called up to Scotland squad

This is a first senior international call-up for Grant while Rettie returns to the squad after last featuring during the 2019 November Internationals.

Grant, who can play across the backline from centre through to the back three, made her first appearance in Sarries colours during the current 2019/20 season against Richmond Women Development Team.

She sprung to public prominence thanks to her match-winning try for Cambridge University in the 2019 Varsity fixture at Twickenham.

Rettie, who has featured for Saracens at hooker and in the backrow, will be looking to add to her tally of caps during the upcoming campaign.

Get your tickets to The Duel