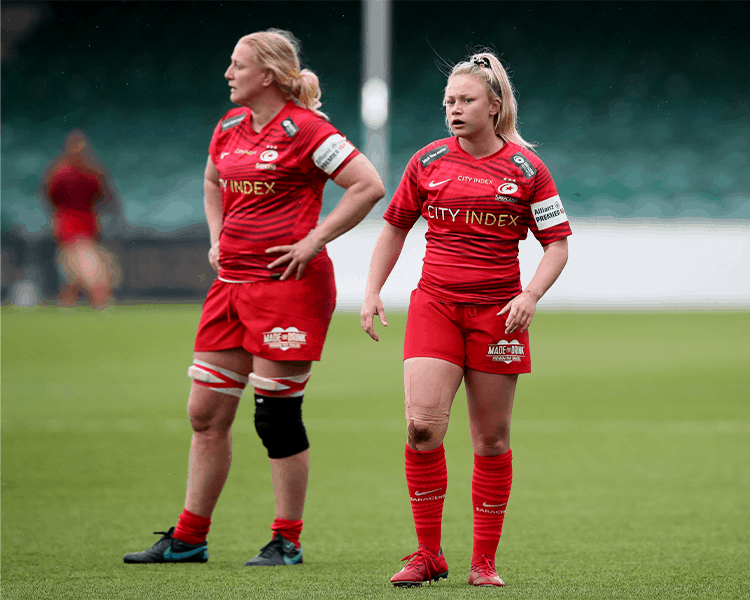 Saracens is delighted to confirm three exciting new contract extensions ahead of the 2021/22 season.

England Sevens players Sydney Gregson, Chantelle Miell and Tilly Vaughan-Fowler have all put pen to paper on new deals in North London for the upcoming campaign.

Gregson, who is 25-years-old has three caps for England as well as representing them on the Sevens Circuit. The winger scored a memorable try for Sarries in the 2018/19 Premier 15s Final against Harlequins, and her dynamic movement in the back-line has seen her go on to make 22 appearances for the Women in Black.

Gregson is pleased to be remaining at StoneX Stadium: “I’m delighted to have committed my future to Saracens, it’s a fantastic club and I wouldn’t want to be anywhere else. I’m really looking forward to the challenges ahead!”

Miell, also a winger began playing for England Sevens back in 2017 and is vastly experienced in that version of the sport. After a spell at Bristol she headed to Sarries in 2018, and has now been called upon 24 times for the North Londoners.

Miell sees the upcoming campaign in a very positive light. “I’ve got such a good feeling about this season. I can’t wait to get back out there with the girls in a couple of weeks”

Vaughan-Fowler is also an England Sevens specialist, and has also spent time playing in Australia to develop her game.