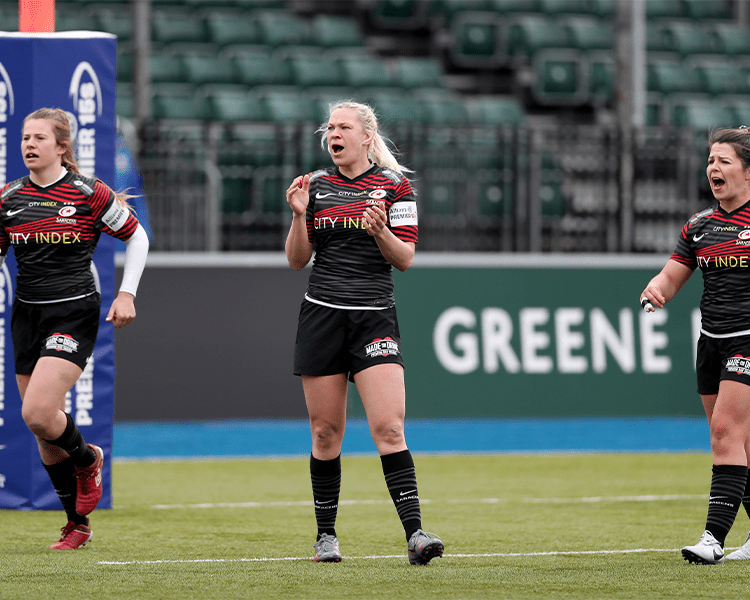 Saracens is pleased to reveal that Hannah Casey has signed a new contract with the club.

The centre, who is in her second spell at the club will be remaining with the Women in Black and is one of the most experienced players in the squad.

She has pulled on the Sarries shirt 88 times, including the 2019 Premier 15s triumph at Franklin’s Gardens. Originally joining in 2011 she then came back in 2018 and has been ever-present since then.

The 32-year-old Ireland international is known for her hard running and tough tackling in the midfield, and as well as representing her country she has also played for the Barbarians, taking on England at Twickenham in June 2019.

Casey is excited to have extended her time at StoneX Stadium.

“I’m glad to be with Sarries for another season, I wouldn’t play anywhere else as it’s my family. We continue to strive and push each other to be better players. We’re definitely looking forward to the season ahead and pushing for the top slot!”

Head Coach Alex Austerberry is delighted that Casey is staying at the club.

“Hannah is a true stalwart of the Saracens side. Physical, tough and determined. She carries hard, tackles hard and is very consistent. She drives the culture of the club and is a hugely important figure for us so to have such a committed Saracens back for another season is significant for our performance and the development of the group.”