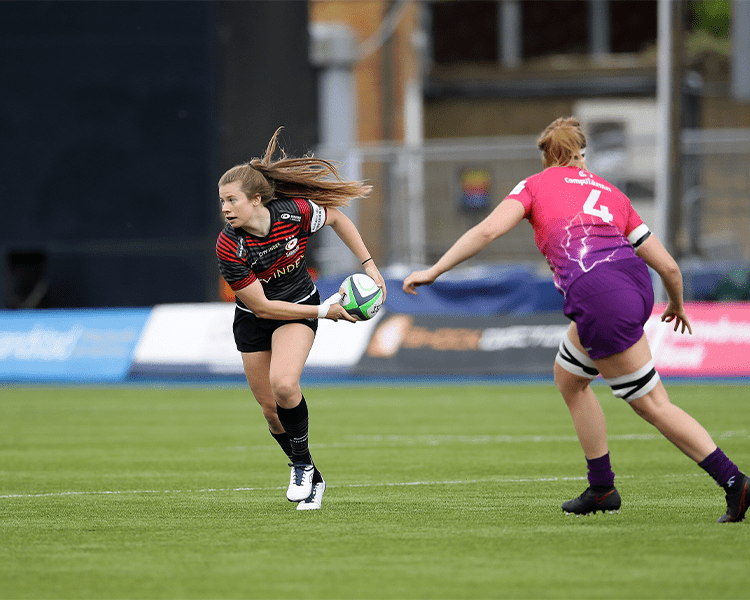 Zoe Harrison emphasised how much matches against Harlequins mean to the club ahead of Sunday’s Allianz Premier 15s Final at Kingsholm.

Harrison’s conversions made the difference in the 28-24 win against Loughborough in the semi-final whilst Harlequins overcame Wasps 25-14 at the Twickenham Stoop.

The Women in Black have beaten Harlequins in the two previous Allianz Premier 15s finals, however, one of this season’s fixtures again Quins was cancelled, whilst the other finished as a 17-17 draw.

“The games against Harlequins mean a lot to everyone at this club,” she said.

“We’ve met them in two finals now, the games we play against them are often the biggest games of the season so we know it’s going to be a very tough final.

“It’s been a really tough year for everyone but it’s great that we’ve been able to play and now we’re just excited to play in the final.”

The final is the first in two years after the competition was abandoned due to Covid-19 last season, but the fly-half expects a busy week of preparation ahead of Harlequins in the final.

She added: “We’ve played Harlequins in finals before so we’ll have to look at their game against Wasps and see how they played.

“We drew against them earlier in the season so obviously we need to adapt on what we did in that game and look at how they played the last few games and go off that!”