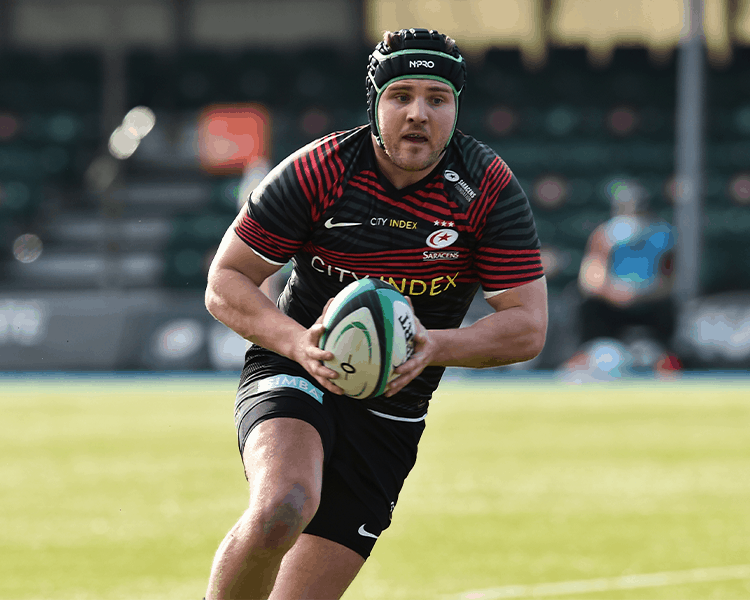 Before embarking on his French adventure with Agen, Harry Sloan reflected on his journey with Saracens over the last two seasons.

The centre joined the club in time to feature in five Gallagher Premiership matches before the Championship campaign, with his most recent appearance including a try against Nottingham in May.

Sloan, who will make the move to France this summer had nothing but kind words to say regarding his time in North London.

“I’ve absolutely loved it. The way they do things here is so good, they get it so right on and off the pitch which is a testament to their success over recent years.” Said the 27-year-old.

The former Harlequin paid tribute to how much he has improved whilst at StoneX Stadium.

“During the pandemic to be able to come in to the club and still spend time with everyone was brilliant and I’ve definitely developed as a player. All of the coaches have been so helpful and there are so many players to learn from as well.”

Sloan’s Sarries career will be ending on Sunday, and he was full of praise for everyone at the club.

“Everyone was so welcoming, from day one all the way through. From top to bottom they’ve been so helpful and you can see why the culture is so important. Those first five Premiership games were brilliant to be involved in and we’re definitely on track to end the season well.

“To all the boys, all the staff and everyone at the club, thank you very much for welcoming me, I’ve had a great time and Saracens is one of the best clubs that anyone can go to.”