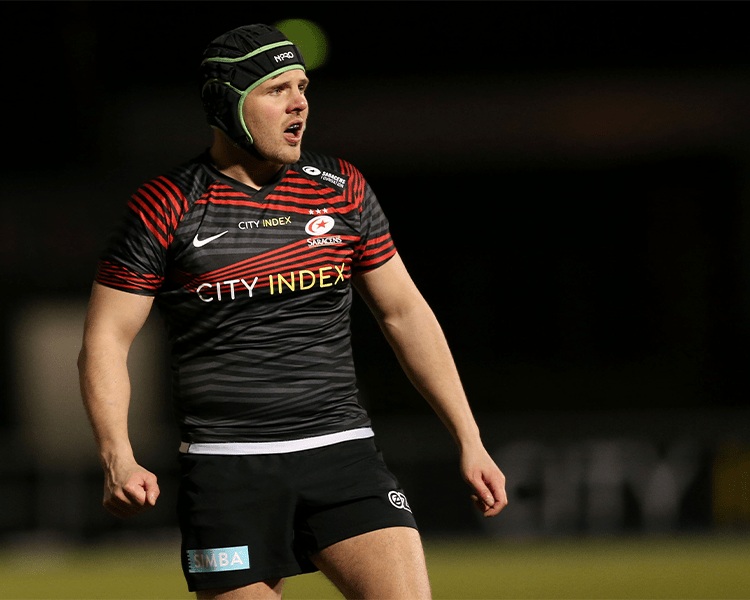 Saracens can today confirm that Harry Sloan will depart at the end of the season after signing a two-year deal with Agen.

The centre has made 10 appearances for the Men in Black since signing last year, and will make the move to France following the conclusion of the Greene King IPA Championship campaign.

His most recent involvement came in the win over Nottingham in early May, where he crossed the try-line in the 56-0 victory.

Before joining Saracens he had spells at fellow London clubs Harlequins and Ealing Trailfinders, and made a strong impact at the end of Sarries’ Premiership campaign last year.

Director of Rugby Mark McCall thanked Sloan for all his effort in the Black and Red shirt.

“Harry is a very popular member of our group and we are pleased that he has secured a great opportunity in France.

His physicality and ball-handling will be real assets to Agen, and we wish him all the best in the future.”