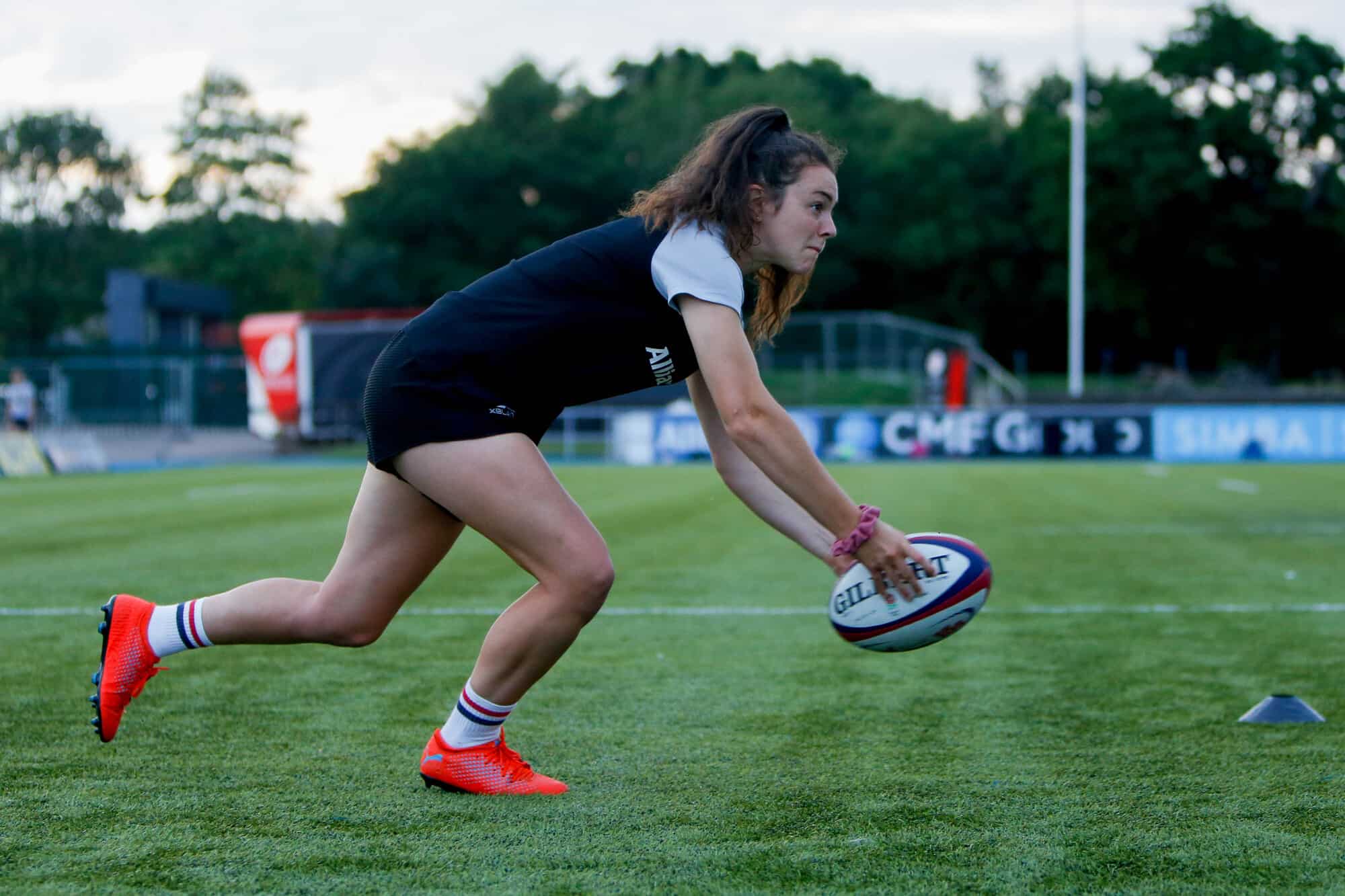 Hayward excited for season ahead

The start of pre-season training always bring a mix of excitement and trepidation.

The excitement of preparing for a new season and catching-up with your teammates. The trepidation of the dreaded conditioning sessions and meeting new people.

This can equally apply to both returning and new players. Eloise Hayward is one of the former and the scrum-half has enjoyed throwing herself into pre-season ahead of the 2019/20 Tyrrells Premier 15s season.

“Seeing all the girls again was really exciting. It’s really nice as well that we’ve got new faces around and everyone’s buying into what we’re doing.

“Everyone’s digging deep on every session and it’s good to see we’re getting a tighter knit group going forward.”

Despite being one of the youngers members of the Saracens squad, Hayward is well aware that the onus has been on the returning players to support the newer faces during pre-season and ensure they feel a part of the Saracens culture.

“Coming back to Allianz is now a home away from home”

“There’s a lot more responsibility to, I wouldn’t say point out but if somebody’s not sticking to our core values I find it’s our job to be like ‘you’ve really got to push your work-rate now’ or ‘you’ve got to be disciplined in these situations.’

“Just carrying yourself in that way and following our core values at all times so that you act as a role model and as somebody who is a living example of them.”

Hayward is going into her second season at Saracens and former England U18 international had the opportunity to start in both the TP15s and Development Leagues in 18/19.

With that experience under her belt, as well as spending time with both England U20 and England Sevens, the scrum-half is determined to take her game to the next level.

“This season I’m hoping to retain a shirt within the Premiership side, hoping we can do the triple but also hoping the Dev side can also do the double.

“Last season I’ve been really lucky that my performances have been viewed, watched, fed back to me and I had experience to go into England U20s camp twice and I’ve just been away with the England Sevens team.

“If it comes to an England cap or even more involvement in the Sevens then great but at the moment I’m just hoping to be the best possible player I can be within the Premiership.”