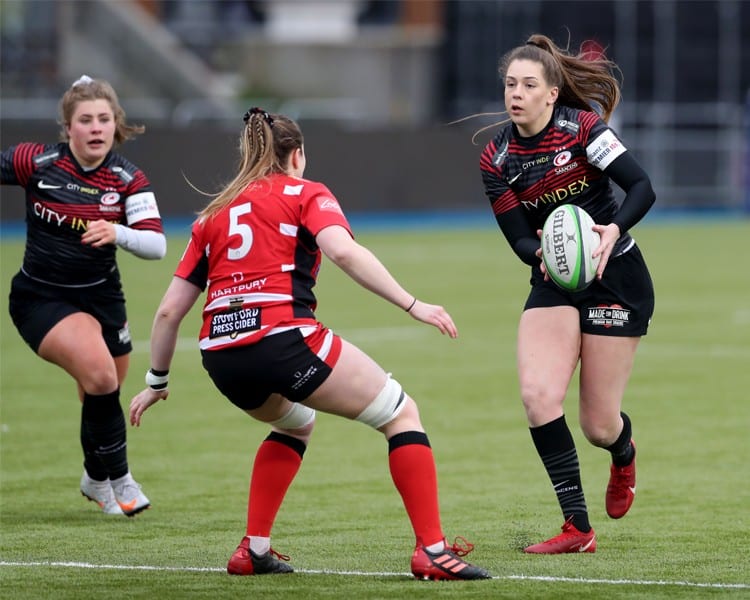 Saracens is excited to announce that Holly Aitchison has committed her future to the club by signing a new contract.

The 23-year-old starred for Team GB at the Olympics this summer as they finished fourth in Tokyo, with Aitchison playing a key role.

A Sevens specialist, she has played over 70 matches and scored 250 points on the World Sevens circuit for England, and has taken those skills over to the 15-a-side format.

Aitchison, who has the pace to play across the back-line featured on 11 occasions last season for Saracens Women despite only joining in September 2020, which included starting the Premier 15s Final at inside centre.

The versatile back is pleased to have put pen to paper at StoneX Stadium.

“I’m super excited to have re-signed with Sarries. I really enjoyed my first season here and am excited to hopefully help contribute, being involved in the full campaign this year, where we will be looking to go one better in the final. I’m also looking forward to seeing everyone’s faces at StoneX soon!”

Head Coach Alex Austerberry has Holly has a bright future at the club.

“Holly is a very talented and gifted player whose creativity can unlock the toughest of defences. It has been a whirlwind year for Holly in which she became a Saracen and an Olympian.

“Individually she has huge drive to be successful and this comes to life in her efforts to drive the team forward. I have no doubt that the coming years will be exciting for Holly and for us as a club.”