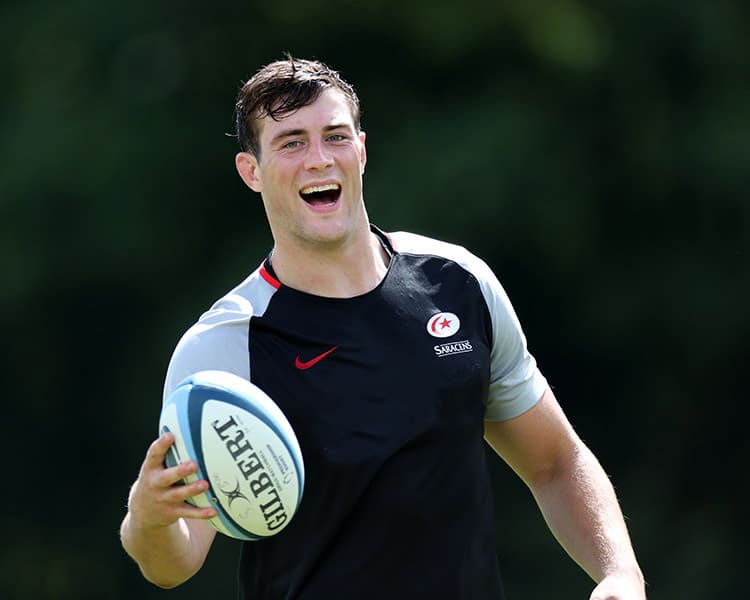 Callum Hunter-Hill has expressed his excitement of spectators returning to Copthall Stadium this weekend.

Saracens take on a Leicester Tigers XV as they begin preparations for the 2020/21 Championship since with 1,000 supporters set to be in attendance.

Other than a small number of people at the European semi-final in Paris, it will be the first time Sarries will have played in front of a live crowd since March.

The benefit of supporters cheering the Men in Black on in person is not lost on lock Hunter-Hill who is relishing their return.

“We’re really excited to have supporters back in the Stadium on Saturday,” he said.

“It will be nice to feed off their excitement and buzz of watching live rugby – it’s something we as a group really enjoy and it will be pretty special to experience it again.

“We know there are a lot of fans at home who will be watching the live stream too and we can’t wait for a time they can watch us in person again. Hopefully that will come soon.

“The fans have been amazing throughout my time at the club, especially over this difficult period and we’re really grateful for their support.”