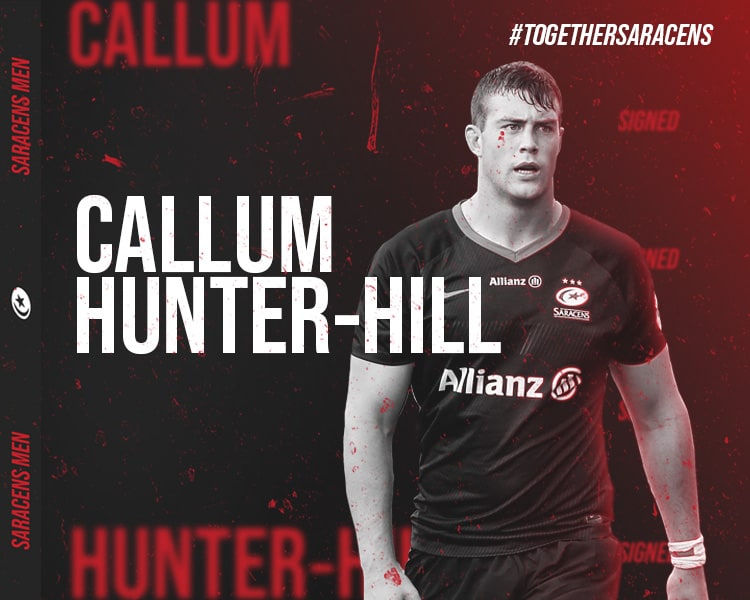 Callum Hunter-Hill has pledged his long-term future to the club having signed permanently from Edinburgh Rugby.

The 23-year-old joined on an academy loan ahead of the 2019/20 season and has now penned a three-year contract that will keep him a Saracen until 2023.

“I really want to be a part of that rebuild not only for next year but for the foreseeable future.”

The lock has already made 15 appearances for Sarries, including starts in impressive Premiership victories away to Northampton Saints and at home to Sale Sharks.

And with the sight of more rugby just over the horizon, as well as the challenge of the Championship next season, Hunter-Hill insists he is in the perfect place to continue his development on and off the pitch.

“It’s a mixture of relief and just happiness,” said Hunter-Hill. No questions about it really, I was totally excited and really keen to sign my future here and settle down at such a great environment and a great place to be.

I’m so excited to fulfil the potential I feel I’ve been riding off for quite a while and really keen to get the most out of myself and here really is the best place to do that.

“It’s a pretty exciting project to be a part of. The young players here are going to take their game to another level next year in the Championship and that’s going to be a great thing.

Director of Rugby Mark McCall added: “Callum has fitted in well among the squad and has made steady progress in the short time he has been with us.

“We are very pleased to sign him on a permanent basis and that he will be with us for the challenge of next season and beyond.”