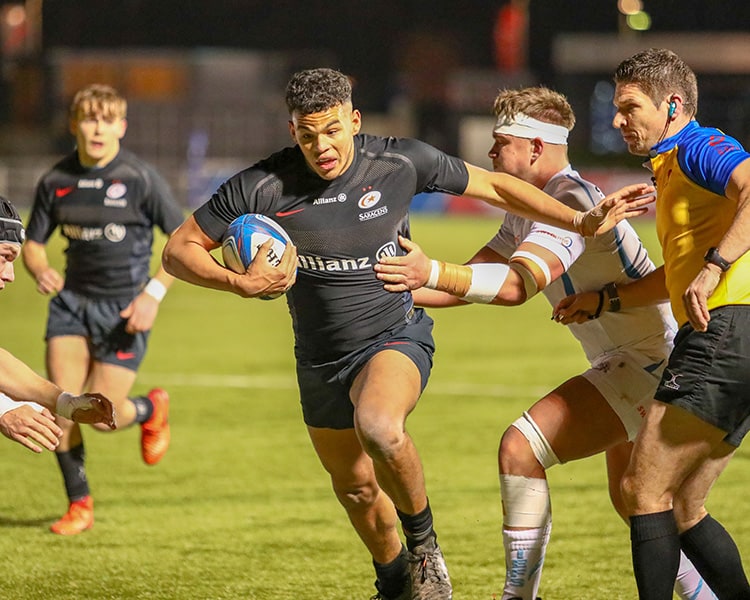 Hynard pleased with U18 unity ahead of Finals Day

Academy Manager Mike Hynard is pleased with the unity of the Saracens Under-18s group which has qualified for the Under-18s Academy League Finals Day at Sixways on Sunday.

The youngsters in Black finished second in the Academy League Southern Conference with four victories and two losses, and will come up against hosts Worcester Warriors who boast an identical record from the Northern Conference.

“The standard in the U18 Academy South Conference was very high this season. This squad worked incredibly hard in pre-season and formed very close friendships, they are a really tight group. Whilst our performances have not had the consistency we would have liked, we have proved to be a team that works really hard for each other and is tough to beat.

“This squad worked incredibly hard in pre-season and formed very close friendships, they are a really tight group.”

“We are looking forward to the players performing on Sunday, some for one last time in a Saracens U18 shirt, and demonstrating how good a player they are.”

Several members of the side have featured consistently throughout the campaign with centre Brandon Jackson and scrum-half Sam Bryan earning a call-up to Saracens Storm’s squad for the away trip to Bristol Bears A in the Premiership Rugby Shield.

Performances have been impressive and Hynard puts the progression of the group down to the Academy’s dedicated staff.

“I’m also really pleased for all the staff involved with this U18 group,” he said.

“The performance staff have worked incredibly hard to get these players fit for this U18 Academy League and deserve huge praise for the excellent physical condition these boys are in.

“The coaches have learned some lessons from previous years and have ensured this squad are well organised and work unbelievably hard for each other.

“We are looking forward to watching the boys put in a ‘Saracens’ performance on Sunday in what is the showpiece event for U18 Academy rugby”.