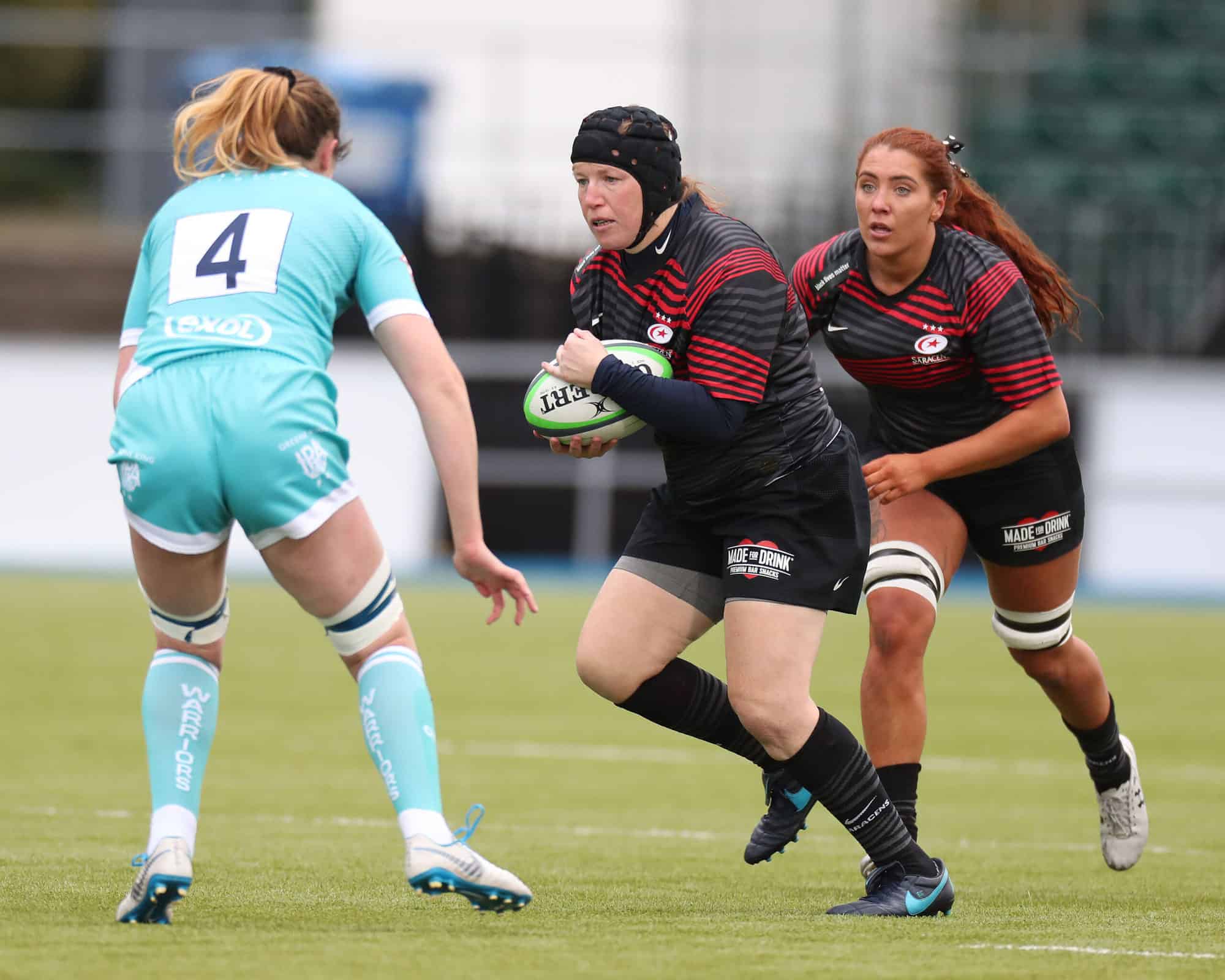 I didn’t get prop-neck! – Clark

In her 17 seasons prior to the start of the 2020/21 Allianz Premier 15s campaign, Rocky Clark has had a lot of scrums to pack down for, but Saturday was different.

The league’s new law variations reduced the amount of scrums in Saracens Women’s win over Worcester Warriors Women meaning the ball was in play for a lot longer.

Sarries adapted to the changes to record a 34-25 bonus-point victory at Allianz Park and Clark, who scored one of the Women in Black’s six tries, believes it was a match the squad can take a lot of learnings from.

“I didn’t get prop-neck!” she quipped.

“I was really worried about the speed of the game, but I managed to keep up for most of it, so I was pretty pleased with that.

“It was fun and I really enjoyed it. It was a difficult game and I don’t even know how many scrums we had!”

“It was fun and I really enjoyed it. It was a difficult game and I don’t even know how many scrums we had!”

She added: “We made it hard for ourselves and Worcester are a fantastic team who are building and I think are going to be challenging for the top four.

“It was the season opener ,so we were finding our feet and obviously adapting to the changes that have been made. This has been a really good fact-finding mission and we can make some changes from this.

“It wasn’t our best performance by far, however there were glimpses where we were fantastic and there were periods of the game where we needed to buckle up. At the vital times we were able to set our platforms and it was a really good learning curve for us.”

Prop Clark admits Worcester troubled Saracens with their direct running at times and says the group will work on defending that going into next week’s match against Sale Sharks Women.

The Sharks are newcomers to the league and suffered a first-round loss to Loughborough Lightning.

“They were a huge threat and they had some huge strike runners who we needed to deal with and didn’t as well as we should have,” Clark said of Worcester. “That’s an area to focus on next week.

“It’s going to be an interesting game against Sale. They went well against Loughborough and I think they’re going to be a tough team to play. They’ve got some great players but it’s the unknown.

“We’ll have a look at the footage, see where their strengths are but the main focus will be on ourselves going into the game.”