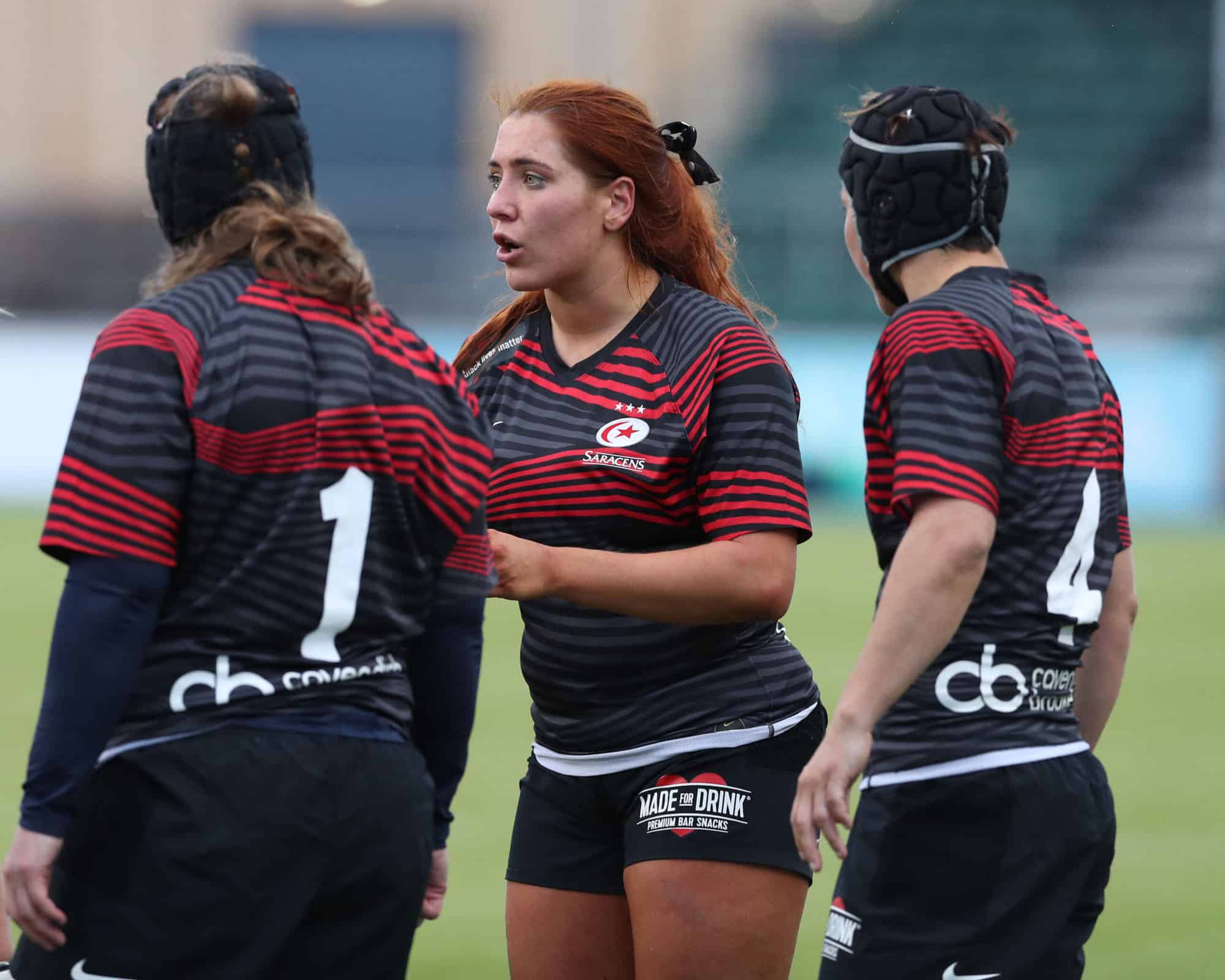 Georgia Evans seems to have taken to life at Saracens like a duck to water.

The Wales international joined the Women in Black in the summer and impressed on her debut in the opening round of the new Allianz Premier 15s season, so much so she was awarded player of the match by teammates and commentators for the day Hannah Botterman and Bryony Cleall!

It can be difficult moving club, and in this case far from home, but the versatile forward insists the Sarries girls have made it easy for her.

“For someone who speaks a lot, I’m lost for words how much I loved the weekend!” Evans said.

“For someone who speaks a lot, I’m lost for words how much I loved the weekend!”

“Making my debut was perfect and I can’t thank the backroom staff enough and everyone who made it possible for us to go out there feeling safe and ready to return.

“It was so much fun but it was also an absolute pleasure to put on the Sarries shirt. Everybody has worked really, really hard in pre-season and it was amazing to put on that six shirt and go out and do what I do.”

She added: “I feel like I’ve settled in really well. Everyone has been so welcoming and friendly; all the staff have been really helpful and have helped me settle in.

“It’s always challenging and scary to go to a different club especially one that is miles away from home, but the girls have been fantastic, welcomed me with open arms and I feel like part of the furniture now!”

Saracens earned a bonus-point win over Worcester Warriors Women in Round 1, a side who were much improved from last term.

This weekend they face a team they have never come up against before in Sale Sharks and while Evans admits it is hard to prepare for the unknown, the group will be focusing inwards.

“It’s really difficult to prepare for a game you don’t know anything about,” she said.

“You don’t know their personnel, game plan or style of play. They went really hard against Loughborough last week, so it’ll be really important that we control the controllables and we expect the unexpected from them.

“We need to focus on us more than what they are about to do and make sure we’re all focused and ready to go for the weekend.”