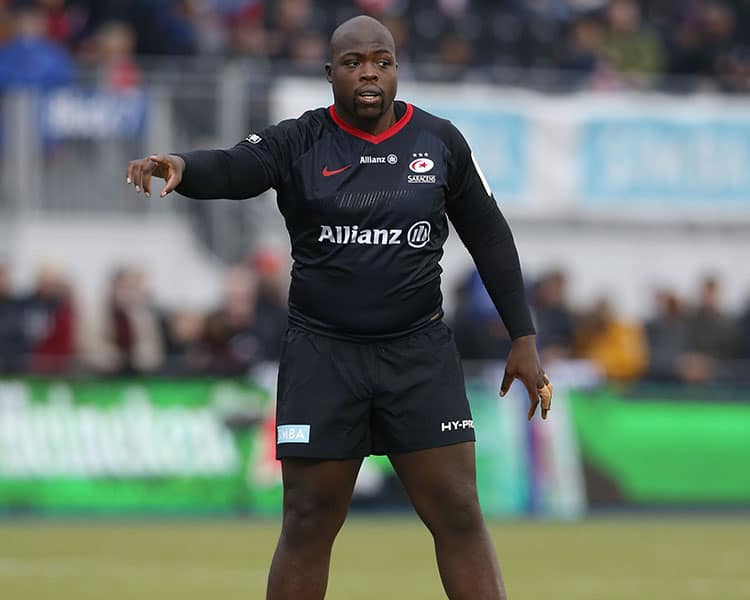 Ibuanokpe calls for more of the same

Josh Ibuanokpe was pleased with how Saracens responded to the Premiership Rugby Cup semi-final defeat in the win over Sale Sharks last time out.

Having lost to the Manchester outfit in the last four, Sarries bounced back with a Gallagher Premiership victory against Steve Diamond’s side back at Allianz Park.

The level of performance was effective in prop Ibuanokpe’s opinion and the ex-Harlequins feels a similar display is needed on Friday at the Ricoh Arena when the Men in Black take on Wasps.

“We won more collisions, won more set pieces than we did the week before so, that is always a foundation,” he said.

Ibuanokpe made his Sarries debut at Wasps back in September.

“If you win those you tend to win the game, so that, on a basic level, for a basic player, that is it.

“We just want to try and back up what we did last week. Sale are a strong team and we performed well against them. We want to back it up leading into Saints, Leicester and then we have got our European quarter.”

New Zealand international Malakai Fekitoa is back in the centre for Wasps while England back rower Brad Shields returns at Number 8 – two players with skills Ibuanokpe identifies as strengths for the Coventry-based side.

“We’ve got to try and back up the performance (vs Sale) and then tailor our processes to the threats that Wasps have.

“They can run the ball and then in defence they are very good on the floor in turnovers, so those are our two biggest points. Trying to nullify their attacking threat and try to make sure that we look after our own ball and not let their top class jacklers get over it.”