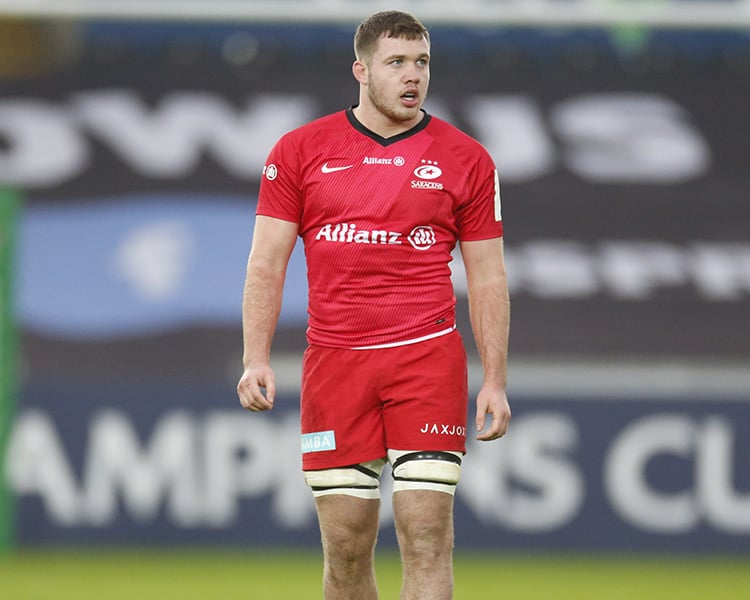 I’m grateful for the opportunity – Reffell

The Academy flanker has made three league appearances to date, all of which have come as a replacement, but will line up in the number seven jersey at the Ricoh Arena.

He is the latest player from the club’s youth system to achieve a milestone following that of Ali Crossdale and Ollie Stonham in recent weeks and is thankful for the time of his more experienced back-row peers as he continues to learn his trade.

“I’m really excited and grateful for the opportunity,” Reffell said.

“To be able to learn from the likes of Billy (Vunipola), Jackson (Wray) and Ben (Earl) has been invaluable for me and I’ve thoroughly enjoyed the game time I’ve had in the Premiership so far.

Reffell has made three substitute outings in the Premiership and Friday will be his first start.

“I’m always learning. The coaches have been great in terms of my development and I’m picking new things up with every session and every game.”

Reffell will go up against two internationals and a fellow young, talented flanker in the Midlands.

“Their back row are all good at the breakdown and aim to spoil and slow the ball down.

“We’ve got to make sure we win our contests and battles across the field to not allow them to do that.”