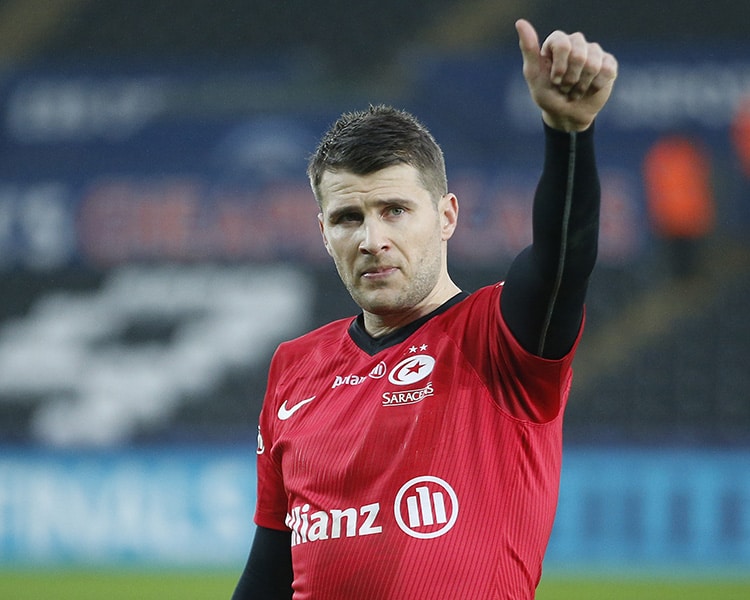 Richard Wigglesworth was delighted with how Saracens applied themselves during the 22-15 victory over Ospreys in the Heineken Champions Cup.

The outlook of the game changed following a red card to Rhys Carre in the fifth minute but the Men in Black controlled proceedings, led by youth and experience in fly-half Manu Vunipola and Wigglesworth, and saw out the game.

Sarries are now in a good position to qualify for the quarter-finals and will reach the last eight with a win over Racing 92 at Allianz Park on Sunday.

“It was a brilliant win and made up for the lads.”

“I’m really proud of the group. We obviously have to make changes in this competition and we talked about we weren’t giving it up; it’s one thing to say it and it’s another to back it up. That’s testament to the group that we backed it up, had a good week and finished it off well. Obviously when you go down to 14, and 13 men at times, it just makes it all the more sweet.

“There aren’t many places that have got this, are there? We’ve seen teams capitulate. You come back in at half-time down to 13 men, you concede and go behind, I’m telling you 90% of teams laugh it off and get beat; you get beat easy and then there’s an easy excuse.

“This group full of young Saracens lads didn’t do that. They said ‘no, I’m going to stick in this fight and get after it’ and we actually were pretty dominant in the second half in terms of territory and where we played the game. It was a brilliant win and made up for the lads.”

Purchase your tickets for Saracens vs Sale Sharks - our next Gallagher Premiership home match!

Wigglesworth’s game management was highlighted after the game in Wales and it was his box kick which set up Alex Lewington for the all-important score.

Spotting his scrum-half counterpart Shaun Venter in the backfield, the England international put a pinpoint boot up on his head, Lewington leapt expertly to claim and ran in like a race horse.

“Lewy’s gone through the roof with his chasing for us,” Wigglesworth explained.

“He’s unbelievably committed. Manu called it, he wanted it and I was under a lot of pressure and hacked half of them but that one came off nicely.

“When you’ve got wingers like we have who are desperate to go and get the ball back and make a difference it makes my life a lot easier.”