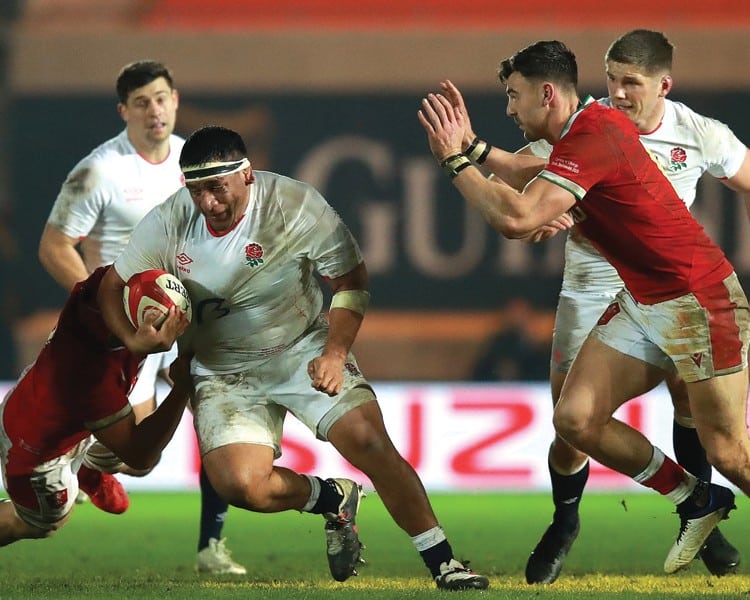 Owen Farrell and Mako Vunipola ensured it was a good day for England against Wales and a familiar face in Nick Tompkins, while Alex Lozowski’s Montpellier had an ending to forget against Bordeaux Begles.

Here’s your recap of this weekend’s international and loan action.

A Mako Vunipola try and 14 points from the boot of Owen Farrell helped England to a 24-13 victory over Wales and secure a place in the Autumn Nations Cup final.

After Wales went ahead thanks to an early score from Johnny Williams against the run of play it was Farrell who drew his man and put Henry Slade in out wide for an instant England reply.

Farrell couldn’t convert Slade’s score but added two penalties before the break to give England a slender 11-7 lead, although it perhaps could have been more.

The forwards asserted their dominance in the second half and were rewarded for their efforts as Vunipola eventually crashed over courtesy of some attritional carrying.

Wales fought back with a few penalties of their own but two further penalties from Farrell made sure of a comfortable win, setting up a clash with France next Sunday.

Tompkins, although not among the scorers, was solid in defence and showed the threat he possess in attack when he ran the ball into contact with both Farrell and Billy Vunipola before muscling his arm free to offload out the tackle.

Alex Lozowski came off the bench to score two penalties but couldn’t prevent Montpellier from suffering a late defeat to Bordeaux Begles.

Replacing Louis Foursans on the hour, Lozowski’s first involvement was to score a penalty and extend his side’s lead out to 19-9.

Bordeaux fought back with a converted Ian Kitwanga score, although Lozowski’s second strike from the tee eight minutes from time looked to have Montpellier in a strong position.

But Ben Lam’s try three minutes from time allowed Maxime Lucu the chance to nail the conversion and give Bordeaux victory by the tightest of margins.