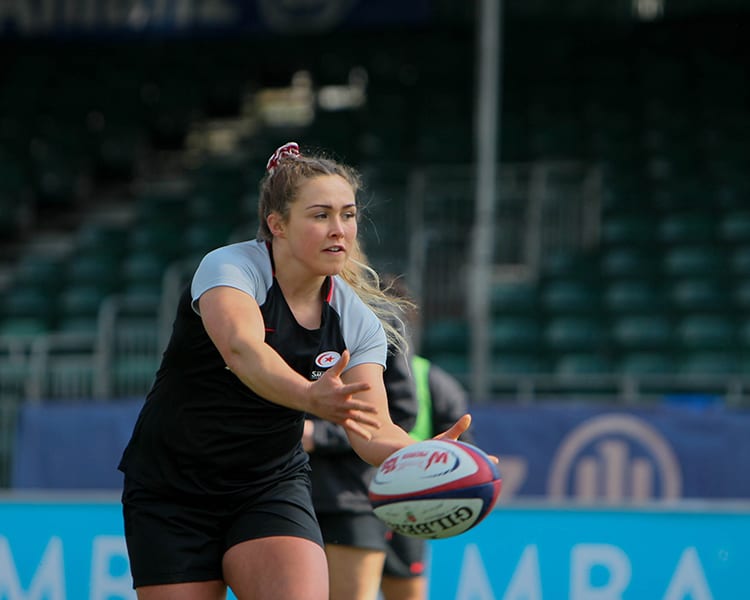 Jodie Rettie has been named in the 26-strong Scotland squad that will travel to South Africa for a two-test series against the host nation. These will be the first matches under new head coach Philip Doyle.

The squad features a mix of experienced Scottish players as well as some new faces who will be looking to receive their first cap for the national side.

Gregson is one of three new faces in the England Sevens squad.

Rettie is one of the 16 Tyrrells Premier 15s based players in the squad and the visitors will play both test matches in Cape Town. The first will be on Monday 30th September at 14H00 (BST) followed by the second test on Saturday 5th October at noon (BST).

Deborah Fleming, Sydney Gregson, Helena Rowland and Emma Uren have been named in the England Women’s Sevens squad for the 2019/20 season.

Gregson is one of three new faces in the squad for the upcoming season, having impressed in her time at Saracens, culminating in a try scoring performance in the TP15s final.

Fleming, Rowland and Uren have retained their places in the squad with Claire Allan coming out of the squad after retiring at the end of last season.

The 2019/20 HSBC World Rugby Women’s Sevens Series has increased from six to eight rounds for the first time in its history, with six of those being combined men’s and women’s events.

Drawn in Pool A, England begin their campaign in Glendale, Colorado, USA (5th-6th October 2019) and will face New Zealand, Russia and Japan.

Don’t miss your chance to see Saracens Women in action at Allianz Park this season!