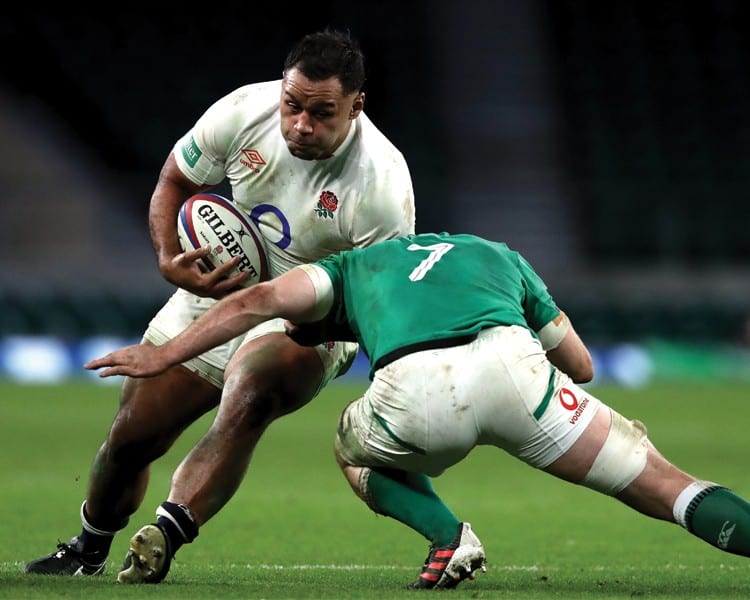 From match-winning performances to tries and defensive exhibitions, Saracens’ international contingent stood out yet again over the weekend.

Maro Itoje and Billy Vunipola were key contributors as England dominated a toothless Ireland, while Poppy Cleall and Zoe Harrison both scored in England Women’s win.

And there were encouraging displays for Nick Tompkins, Sean Maitland and Duncan Taylor who were all making their first outings in the Autumn Nations Cup.

Poppy Cleall and Zoe Harrison scored a try each as England Women produced a fine comeback to defeat France Women and retain their status at number one in the world.

Centre Harrison made the most of a loose Leanne Riley pass as she gathered the bouncing ball and ran in out wide as the French defence rushed up to score the game’s first try. 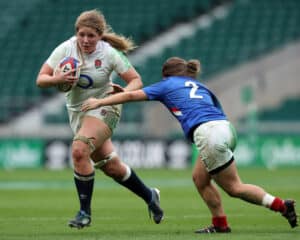 But the visitors responded with two tries from Cyrielle Banet and one from Emmeline Gros, which meant the Red Roses

Late scores from Cleall and Ellie Kildunne got Simon Middleton’s side to within one score and it was left to Emily Scarratt to seal the victory with a penalty in the game’s final play.

Itoje man of the match in dominant England win

Maro Itoje produced a man-of-the-match display as England got the better of Ireland at Twickenham to continue their dominance of Pool A in the Autumn Nations Cup.

Back at lock, Itoje’s dominance in the line-out and physicality in defence really set the tone in what was an incredibly powerful defensive performance.

Owen Farrell kicked two penalties and converted one of Jonny May’s two scores as Eddie Jones’ side earned an 18-0 lead early in the second half.

Billy Vunipola made 25 tackles, the most of any player on the pitch, as England thrived without the ball and nullified the ball carrying attributes of the Irish forwards.

Jacob Stockdale did score a consolation late on but with two wins from two England head into next week’s game against Wales knowing a win will see them top the pool.

Nick Tompkins returning to the Wales starting line-up as they stopped a run of six defeats with an 18-0 victory over Georgia at Parc y Scarlets.

The centre had a hand in Wales’ first try, making a punchy carry close to the Georgian line and offloading out the tackle to create the opportunity for Louis Rees-Zammit to score.

Rhys Webb added a second score late on for Wayne Pivac’s side, who will now prepare to face England on home soil next Saturday.

Taylor and Maitland back in international action

Sean Maitland and Duncan Taylor both made their return to international rugby from the bench on Sunday as Scotland fell to a narrow defeat to France at BT Murrayfield.

The two sides were locked at 12-12 after a tight first-half but a Virimi Vakatawa score just after the break proved the difference as the French took control of Pool B with a 22-15 win.

Scotland will have next weekend off as their fixture with Fiji was cancelled, meaning they’ll have to wait to see who their final game will be against from Pool A.