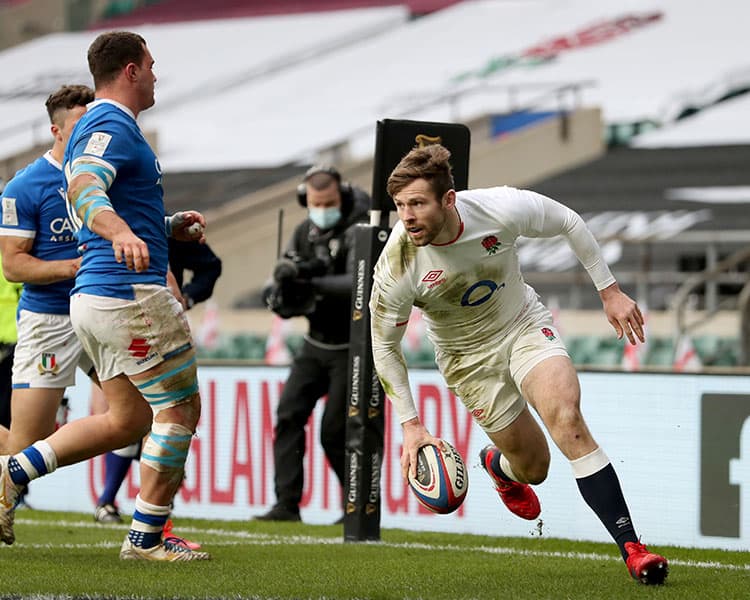 Eight Saracens helped England bounce back from an opening round defeat in the Six Nations to defeat Italy at Twickenham.

Elliot Daly scored one of his country’s six tries in the 41-18 victory with Owen Farrell kicking 11 points.

Full-back Daly, who also got an assist, made 62 metres from 11 runs and made two clean breaks.

Mako Vunipola returned from injury to start at loosehead and completed 51 minutes of the match, while Jamie George came off the bench at the same moment.

Meanwhile north of the border, Nick Tompkins’ Wales ground out a 25-24 win over Scotland.

The Sarries centre, on loan at the Dragons, won his 10th cap at Murrayfield from inside centre and made the most Welsh metres behind two-try hero Louis Rees-Zammit.

Sean Maitland was missing for Scotland through injury while Duncan Taylor featured for the Men in Black against Doncaster Knights.