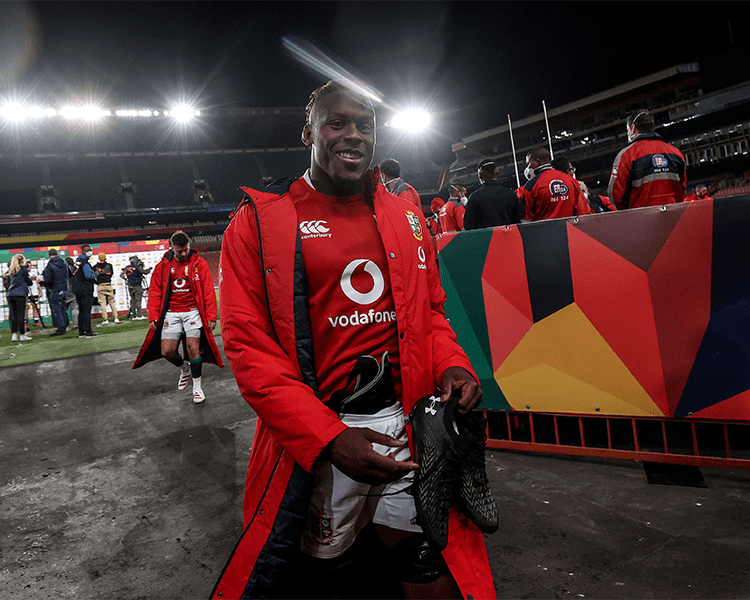 There were plenty of Saracens in action this weekend, with some standout performances on international duty.

The British and Irish Lions beat the Sigma Lions 56-14 in Johannesburg in their first match on South African soil, and four Sarries starred at Ellis Park.

Owen Farrell was 100% from the tee as he kicked eight out of eight conversions to tally up 16 points. Jamie George played 70 minutes and set up a try for Ali Price with a clever lineout move, whilst Maro Itoje also started for Warren Gatland’s men.

Elliot Daly came on as a replacement, and a sniping run followed by an offload allowed Gareth Davies to score under the posts.

Elsewhere, Nick Tompkins played 78 minutes for Wales in their huge 68-12 win over Canada at the Principality Stadium on Saturday afternoon.

Max Malins started for England and his acrobatic assist for Sam Underhill’s try was one of the highlights of the match, before he was forced off with an injury in the 43-29 triumph against USA at Twickenham.

Ruben De Haas, who is joining Saracens this summer also featured at Twickenham, starting at scrum-half for the Eagles who put in a fine display.

This week, the Lions face the Sharks on Wednesday in their next tour match before another round of Internationals on Saturday.