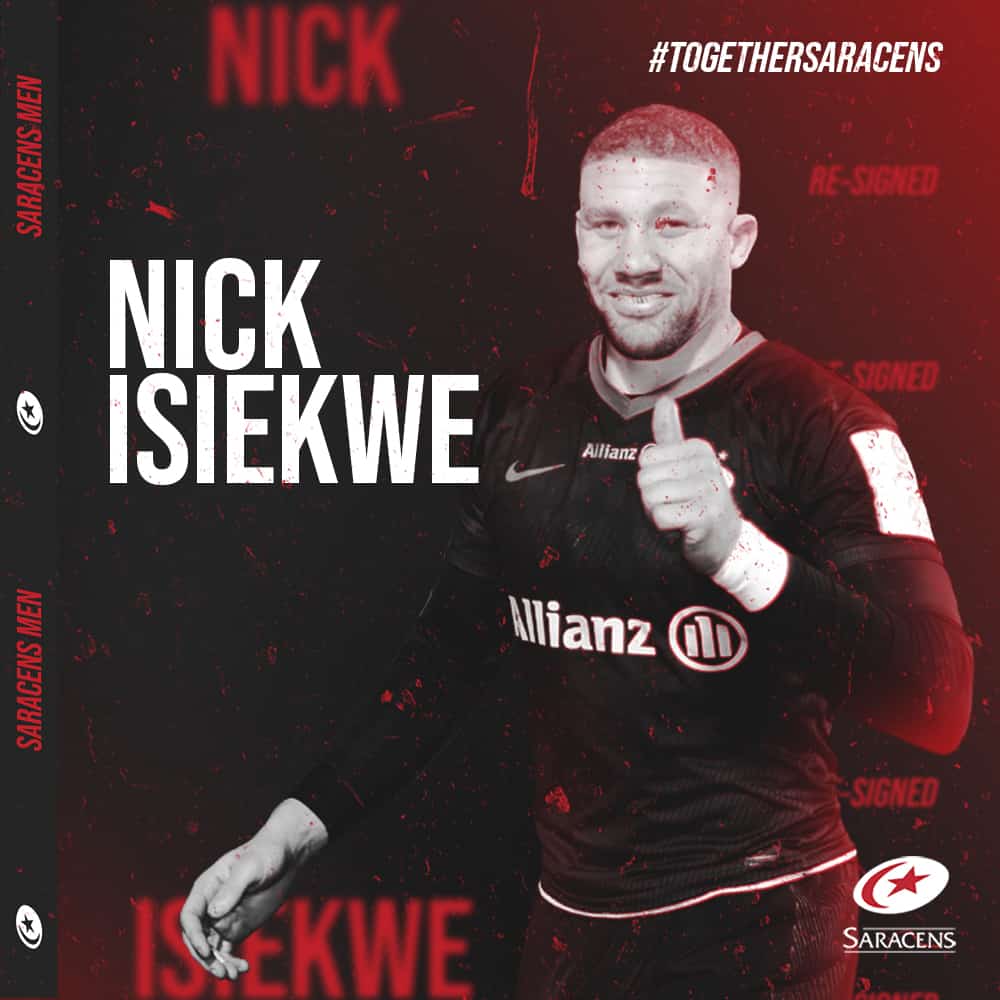 Saracens is delighted to announce that Nick Isiekwe is the latest player to pledge his long-term future to the club.

The 22-year-old, who joins Max Malins, Ben Earl and Joel Kpoku in re-signing with the Men in Black, has penned a deal that will keep him in north London until 2024.

Isiekwe is another shining example of an Academy graduate who has achieved a great deal already in a short space of time.

“It’s been special for me growing up and what they say isn’t wrong, it is a family.”

An incredibly athletic forward, equally as adept at blindside flanker as he is lock, Isiekwe joined the Senior Academy aged 17 and made his debut at 18 against Gloucester in the Anglo-Welsh Cup.

Isiekwe then earned a call-up to the England senior squad for their tour of Argentina in 2017 and went on to impress for Sarries in the 2017/18 season, even starting the final against Exeter Chiefs.

More success followed in the 2018/19 season with appearances in both the Champions Cup and Premiership finals and to date he has already made 86 appearances.

Isiekwe will continue his development in the Premiership next season with Northampton Saints on a season-long loan deal before returning to the Saracens family.

And he insists he cannot wait to continue making memories at his boyhood club.

“I’m over the moon to commit my future long-term,” said Isiekwe. “I’ve been here for my whole adult life so far and since I was 13 in the Academy.

“I’ll always look back at the development that I’ve had as a player and as a person and just be thankful. It’s been a special place not only in my life but in my family’s life.

“It’s been special for me growing up and what they say isn’t wrong, it is a family. To be around people that you care so much for and respect so much, it’s just been a great thing to be a part of and I’m looking forward to the future.”

Director of Rugby Mark McCall said: “Nick is another product of our outstanding Academy and at 22 years old has made excellent progress over the last few years.

“There is no question that his best days are ahead of him and we are delighted he has committed his future to our club in the long term.”