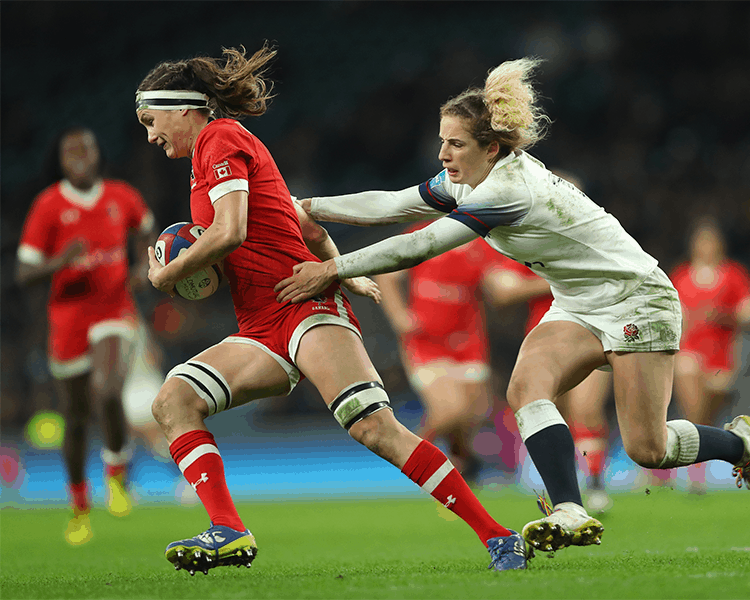 Saracens is delighted to confirm the signing of Canada international Janna Slevinsky for the 2021/22 season.

The back-rower has a highly impressive rugby CV and will bring plenty of experience to StoneX Stadium as he begins her new challenge in North London.

Slevinsky made her debut for Canada in 2017 against England at Twickenham, and made an instant impact as she was named Player of the Year for her country in 2018.

The former Calgary Saracen now has eyes on the upcoming Premier 15s campaign as well as the upcoming World Cup, and her international involvement means she has faced plenty of her new team mates on a regular basis in recent years.

“I am excited to be joining Saracens for the upcoming season. There will be plenty of opportunities to develop my skills and play with some of the best in the world.” Said the flanker upon her arrival with the Women in Black.