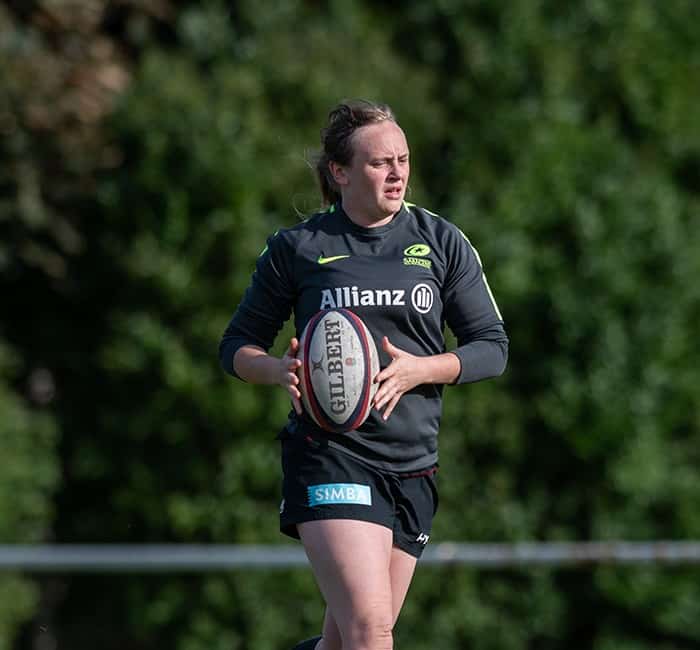 Rettie called up by Scotland Women

Saracens Women forward Jodie Rettie has been named in the Scotland Women squad for their Autumn tests against Wales and Japan.

Rettie is part of a 25-strong squad that will play at Scotstoun, Glasgow on Sunday 17 November (Wales) and Sunday 24 November (Japan).

The utility forward earned the most recent of her caps on Scotland’s South Africa tour in October and she will be one of Head Coach Philip Doyle’s options in the front row for their two tests this month.

Philip Doyle said on the selection: “We had a fantastic start to the season in South Africa against a very physical team. I was proud of the squad’s performance when we came away with two away wins.

“Whilst it was two very positive performances, we still had a lot to work on ahead of these upcoming Tests. A training weekend earlier this month allowed us to train together again and also introduce some new players.”

Both Tests will be broadcast live via BBC Alba (for the Wales match) and the Scottish Rugby website (Japan).