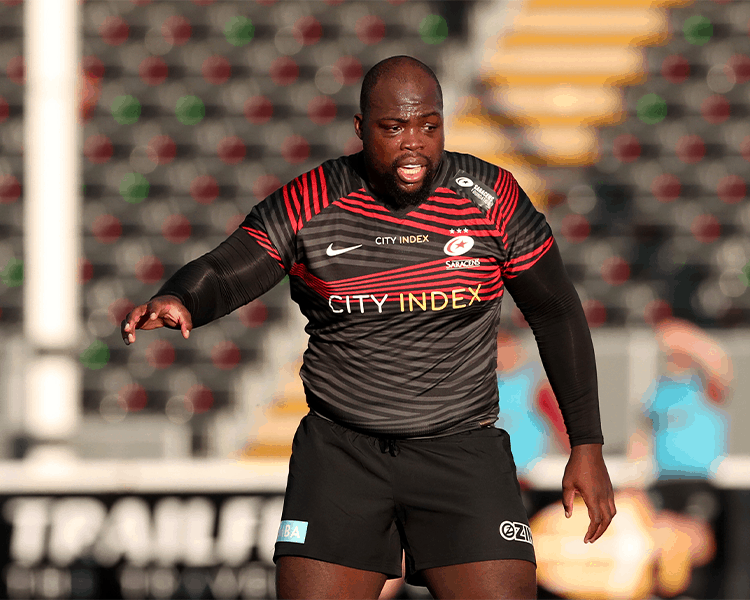 Josh Ibaunokpe will be leaving Saracens after a two year spell at the club.

The tighthead prop joined from Harlequins in 2019, and has made 21 appearances since arriving at StoneX Stadium.

The former England Under 20s international spent five years with Quins before moving across London to Sarries, where he has worked with the likes of Vincent Koch in the same position to improve his scrummaging.

Ibuanokpe says his time at the club has been highly rewarding.

“It has been challenging recently with the COVID restrictions but it has actually brought us closer together and that is exactly what the club is all about.

“I’ve learnt a lot about the game and about what is expected, especially with the standard of the top players.

“I’ve become very close to a lot of the guys and just want to say a big thank you to the supporters as well who have stood by us in tough times.”

Director of Rugby Mark McCall praised the prop for his efforts in the Black and Red shirt.

“Josh is a very physical prop who has improved a lot during his time at Saracens. He is a great guy and we are looking forward to seeing him progress in the future.”