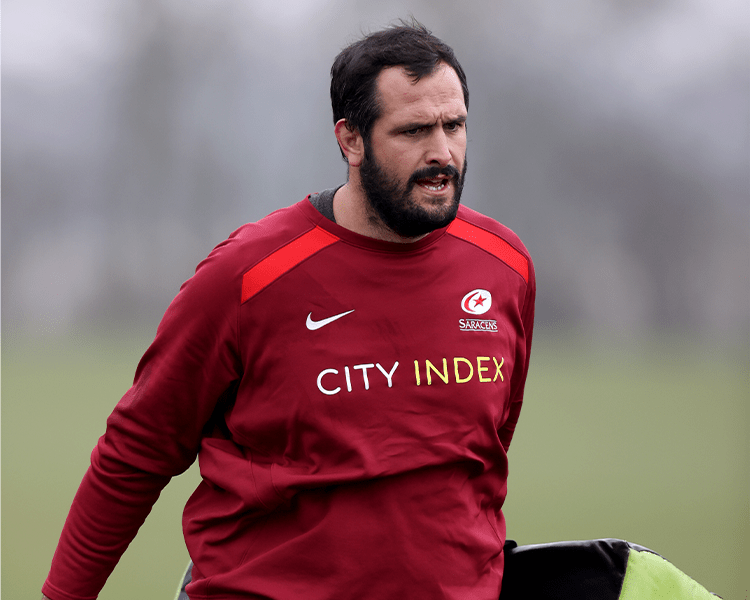 Saracens is pleased to announce that Juan Figallo will be remaining with the club in a new role, as  Academy and Women’s Forwards Coach.

The former tighthead prop retired from rugby in November 2020 after a highly impressive career, and he will now transition in to the coaching world at Saracens.

Figallo, who gained 33 caps for Argentina, joined Saracens in 2014 and played 96 times for the Men in Black, winning three Premiership titles as well as the European Champions Cup.

After playing in three World Cups he has an immense amount of experience to pass on to the academy athletes and the women’s squad as he looks to bring through the next generation of talent, and he is thrilled to have this new opportunity.

“For me it is a huge honour to stay in the Saracens family. For the past few years I’ve learned so much from the coaches, and now the opportunity of bringing all that knowledge into the youngsters is something that I love and I am very passionate about.” Said the 33-year-old.

He continued: “I’m also very excited to start working with the Saracens Women, they play in a very competitive league and have some amazing players. They have welcomed me very nicely and I’m looking forward to building a great relationship here.”

Alex Austerberry, Head Coach of Saracens Women is looking forward to bringing the Argentinian in to his coaching group.

“It is fantastic to have Juan join our coaching team. Having someone of his standing joining an already talented group of coaches will drive our standards, evolve our thoughts and lead to an improved performance both as individuals and as a team.

“I am excited not only by his experiences and knowledge he will bring to the group but as a person you can feel his energy, his passion is clear for all to see and he had a great knowledge of our playing group prior to joining. His thirst and desire to develop people and players has been evident in the first few sessions and already he is making a great impact.

“Having a front row buddy in Rocky in the coaching team makes me think that it won’t be too long before our coaches meetings take place in a scrum formation!”