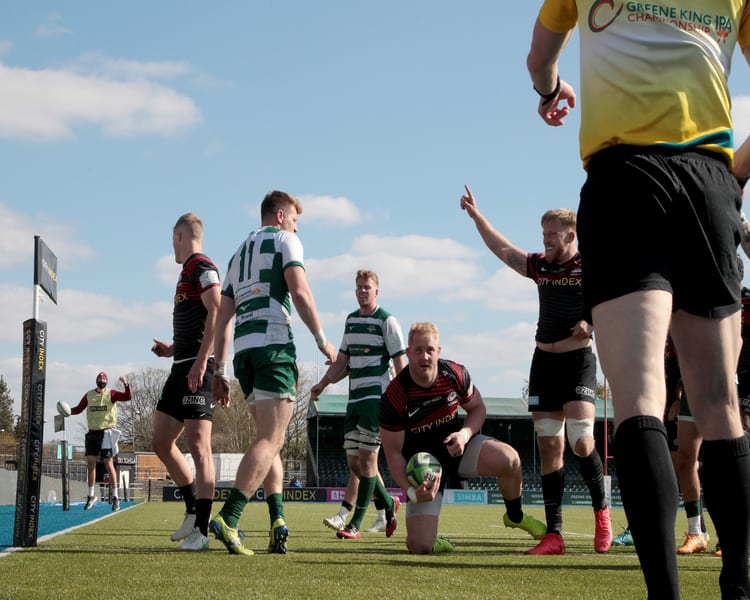 Koch back amongst the tries in Trailfinders victory

Vincent Koch was back to his rampaging best in the victory over Ealing Trailfinders, as the prop scored two tries en route to the Man of the Match award.

The South African was one of a number of players to step up against the league leaders, and he was in a jubilant mood after the match.

“I really enjoyed it. We said in the week that we had to be on top of our game and had a real focus on ourselves, which definitely paid off.

“It was great fun. All credit to the team for our all-round performance, it was just nice to be out there having fun with the boys.”

Koch is not often associated with try-scoring, but admitted that he enjoyed his double in the StoneX Stadium sunshine.

“I was on a bit of a drought as I didn’t score last year, but as you saw the new boots definitely helped! It’s nice to get on the scoresheet but as always the biggest thing was getting the result!”

Sarries are back in action this weekend as they travel to Nottingham for their next Greene King IPA Championship assignment, with live stream details to follow later this week.