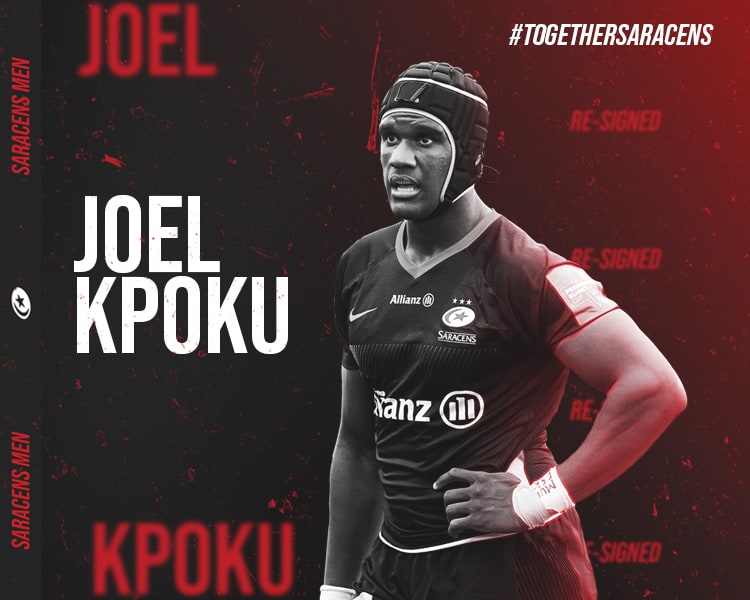 Saracens is thrilled to announce second row Joel Kpoku has committed his future to the club.

The 20-year-old has signed a new deal with the Men in Black that will see him stay in north London until 2022 and graduate from the Senior Academy to the first-team squad.

Kpoku, who joined the Junior Academy in 2015, has shown great promise since scoring on his senior debut against Leicester Tigers in the Premiership Rugby Cup back in October 2018.

The group of players that are at this club are really special.

The lock went on to earn a Premiership debut in the same season and played a key role in helping Storm lift the Premiership Rugby Shield at the end of the 2018/19 campaign.

And having experienced more first-team action this season with regular Premiership and Champions Cup outings, Kpoku cannot wait to continue his development.

“I’m over the moon to re-sign at such a great club,” he said. “The group of players that are at this club are really special.

“Coming through the Junior Academy with a few of the boys, we’ve come a long way and it was non-negotiable for me to want stay around and push on.

“Next year will be a really good challenge for us, especially the younger guys. It’s about staying together and hopefully we’ll do a good job.”

Director of Rugby Mark McCall said: “Joel is a young player who has made steady progress over the last few years, having excelled in our Academy.

“He is dedicated to doing what is necessary to improve his game and we are excited to watch him continue his development at the club.”