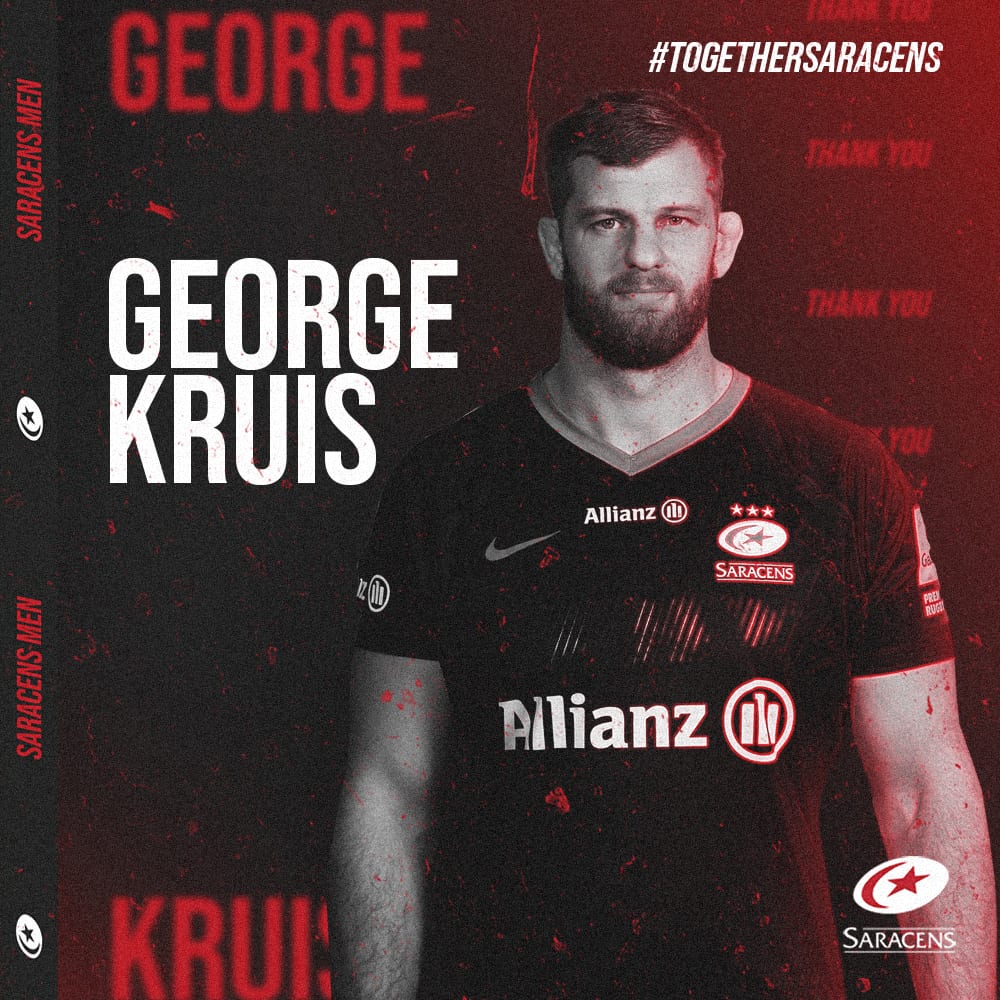 Kruis to depart Sarries after 12 years

Long-standing Saracen George Kruis will end a 12-year association with the club at the end of the 2019/20 season.

After 184 first-team appearances since graduating from the Academy, the 30-year-old is to depart for a new challenge in Japan with the Panasonic Wild Knights.

Arriving from Dorking RFC at 18, Kruis was part of the Class of 2008 alongside Owen Farrell, Jackson Wray, Jamie George and Will Fraser, and made his Sarries debut in the 2009/10 LV= Cup against Northampton Saints.

He earned England Under-20s honours just months later and the following campaign made his first outings in the Premiership and Europe – the former proving to be the Men in Black’s first domestic title-winning year.

I have made lifelong friendships and memories that will carry on way past my playing career.

Kruis began to establish himself in the Saracens squad thereafter and his impressive performances led to England recognition in 2014.

The second row helped the Wolfpack lift the 2014/15 LV= Cup and back-to-back Premiership titles before making history a term later as Mark McCall’s side were crowned Heineken Champions Cup winners for the first time in their history.

A second European gong followed ahead of Kruis going on the British & Irish Lions tour of New Zealand and on his return, he was a crucial component in Saracens regaining the Premiership.

Kruis added another European Cup and Premiership to his name in 2019/20 before heading to a second Rugby World Cup with England, for whom he has 45 caps.

A great bloke and a top professional, everyone at Saracens would like to thank George for his incredible efforts over the past 12 years and wish him every success in Japan.

Kruis said: “I cannot thank all the team and staff at Saracens enough, not only for the time they have put into building me as a player on the field, but as an individual off it.

“I have made lifelong friendships and memories that will carry on way past my playing career.

“Although this has clearly been a tough decision, I am extremely excited and honoured to take on this new challenge and chapter in my career.”

Director of Rugby Mark McCall added: “It is hard to overstate what George has given to the club.

“As part of a great Academy group, George grew up at Saracens and it has been a pleasure watching him achieve so much for our club, his country and the Lions.

“George balanced incredible drive and unrelenting hard work with compassion and care for others, qualities which made him such a brilliant teammate and so respected in the group.

“We wish George every success in the future. He will always be considered a central figure in everything that has been accomplished at Saracens.”