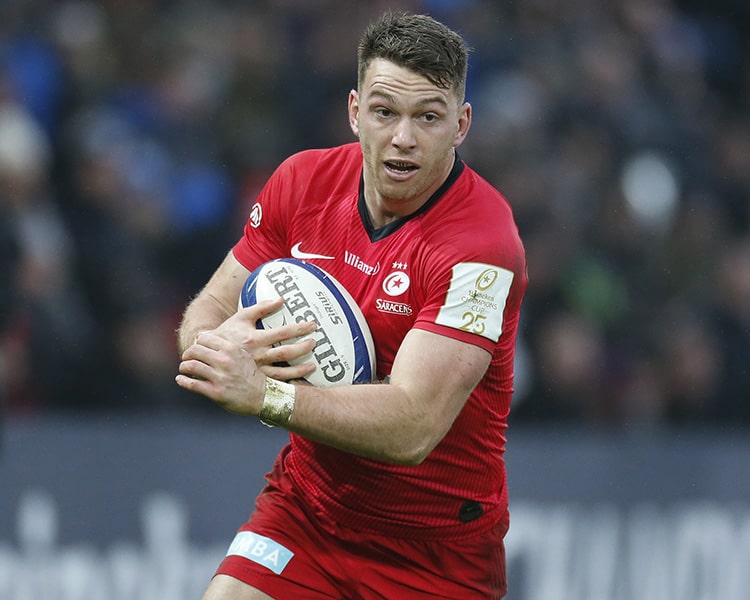 Alex Lewington has made a name for himself as expert finisher in the Gallagher Premiership over the years.

The winger carved out the reputation at London Irish before bringing his try-scoring streak to Saracens where he started like a house on fire, crossing for five tries in his first three games.

This weekend Lewington will make it 100 games in the competition and will hope to add to his impressive 36 in 99 tally.

“It’s not something you ever really think about,” he said about reaching the milestone.

“I think 100 games in this league is something to be proud of and it shows you’ve been fairly consistent in the teams you’ve been at so I’m really proud of it.”

Lewington’s league debut came seven years ago on 21stSeptember 2013… some way to celebrate your birthday.

It turned 22nd the day before and was set for just being 24th man for London Irish’s home clash with Exeter Chiefs, however things changed.

“I’d been out on the pitch playing rugby golf with the other 24th men for about an hour messing about and then Topsy (Ojo) went down in the warm-up.

“Brian Smith came over to me and said ‘you’re going to start at full-back today’ and I was like ‘ahh, do I know the calls?!’. It went really well, I got man of the match and it was a dream debut to be fair! We lost but personally I played well.”

The game was one of many highs that the speedster has experienced throughout his career to date with underdog victories some of his fondest memories.

He’s enjoyed a few of those moments as a Sarrie during the international periods and will be hoping for another this Sunday when Saracens take on London rivals Harlequins at The Stoop.

“I had moments with Irish where we went away to teams and got wins,” Lewington reminisced about his Premiership highlights.

“We came to Allianz Park once and got an amazing away victory; beating Quins home and away in my last year at Irish was pretty special. There’s been some really good moments. The most enjoyable Premiership games I’ve been in at Sarries have come in the international periods when we go away to places like Leicester and Gloucester where we’ve picked up really good wins with a team that were probably underdogs going into the game. They’re quite special to look back on.”

He continued: “I’ve played loads of times at the Stoop and it’s always a good atmosphere. Obviously being at Irish and now Saracens it’s a local rivalry with Quins so it’s always got a bit of extra heat so I’m looking forward to it.”

Alongside the Saracens faithful making the trip to south-west London, Lewington will be supported by a strong group of family members who can be seen and heard up and down the country whenever the 28-year-old is in action.

His parents and uncle, and now his girlfriend, have all been incredibly supportive and the ex-Leicester Tigers man is extremely thankful.

“They’ve (parents and uncle) given me lifts to training when I was younger to the middle of nowhere when they have so many better things they could be doing. They’ve travelled all over the world to see me play. My parents even came to New York when I played for London Irish against Saracens and that was special.

“More recently my girlfriend is the support and it’s good to have that support as you have so many ups and downs as an athlete.

“I’m really grateful to all of them.” 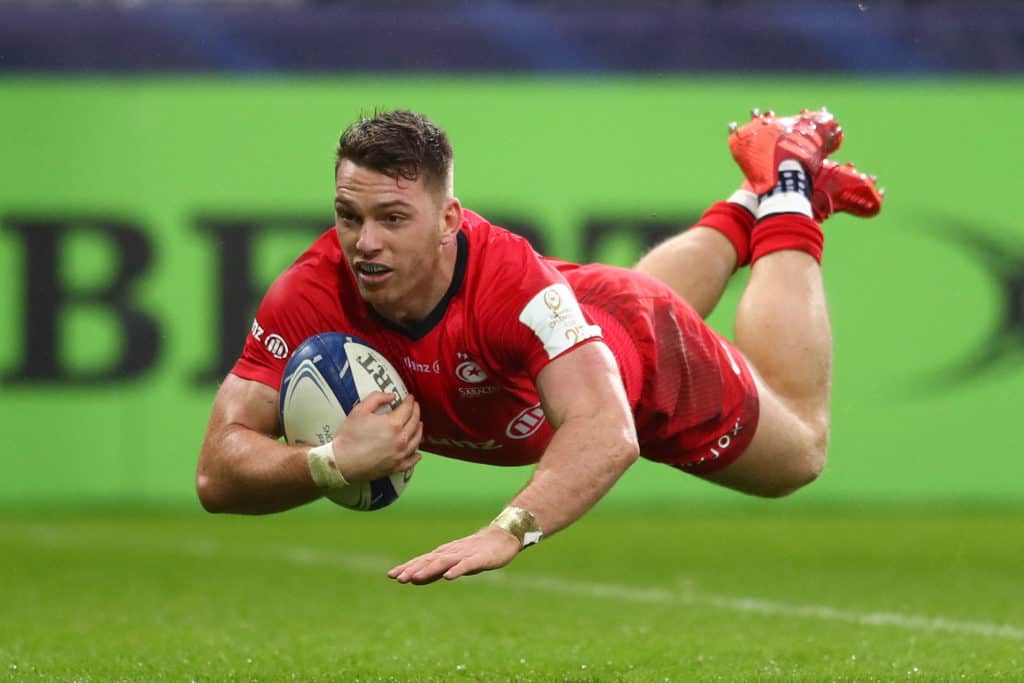