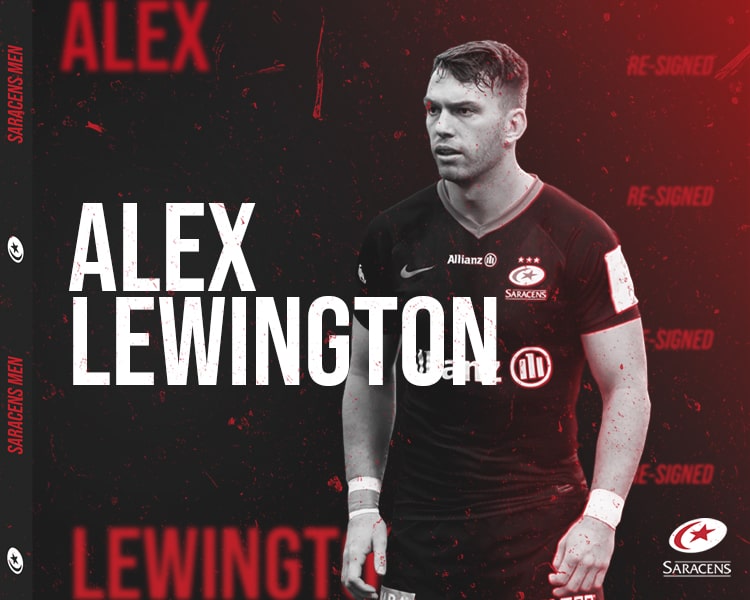 Saracens can happily reveal Alex Lewington has signed a new deal to keep him at the club until at least 2022.

The 28-year-old joined initially for the start of the 2018/19 season and marked his debut with two tries in a Premiership victory over Newcastle Falcons.

“This year has been a real test of this group but if anything I think the character of the squad has shone throughout it.”

Lewington added a further 10 tries in his first season and was a prominent feature in both the Premiership and Champions Cup as the club recorded a fantastic double.

Prior to the suspension of the 2019/20 campaign the winger had been in great form, scoring a crucial try against the Ospreys in the Champions Cup and a double against Leicester Tigers.

In all, Lewington has made 47 appearances for the Men in Black and he insists the challenge of the next few years is quite an exciting prospect.

“I’m really excited to commit to the club for a couple more years. This year has been a real test of this group but if anything I think the character of the squad has shone throughout it.

“For me personally, next year I’ll probably have to have more of a leadership role than I’ve had before at the club, which is quite an exciting challenge.

“And also the main goal is to get promoted so I just want to be heavily involved in that process, playing and guiding some of the youngsters and continually trying to become a better player.”

Director of Rugby Mark McCall said: “Alex’s decision to extend his time at the club is great news. He has fitted in brilliantly over the last couple of seasons and was in a great run of form before the season was halted.

“He is a quality player with a desire to get better and given his experience, will have a key role to play in the season to come.”