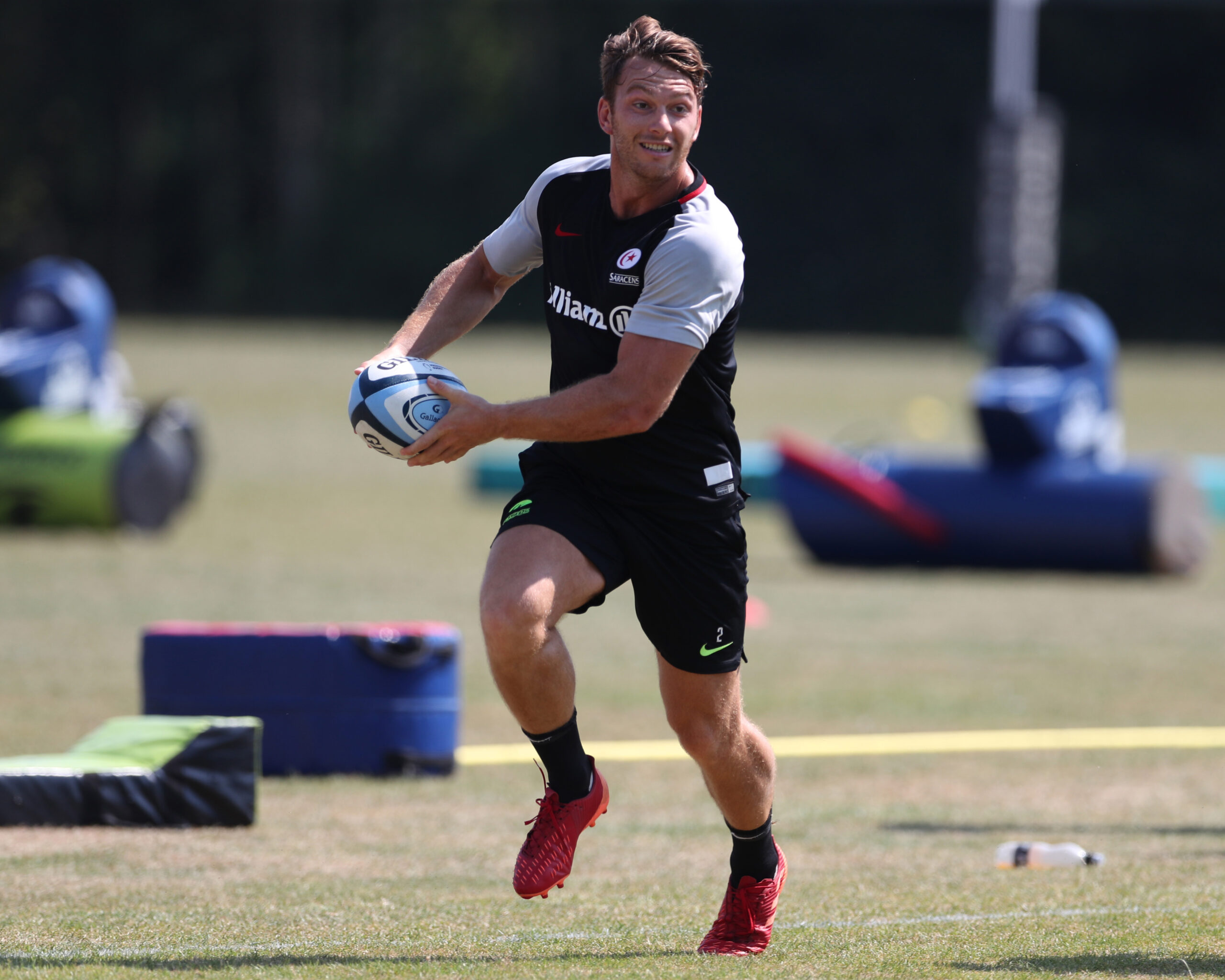 Gallagher Premiership returns on Saturday for Saracens with a trip to Bristol Bears, live on BT Sport 1.

The Men in Black have been without action for five months due to the coronavirus pandemic, last playing at home against Leicester Tigers in March.

“The lads have put in a huge amount of effort to prepare us for the weekend.”

Alex Lewington crossed the whitewash twice that day as Sarries earned a 24-13 victory over the Tigers and the winger is relishing stepping out for competitive games again.

He said: “The lockdown novelty wore off after a period so it was great to get back in with the boys when it was safe to do so.

“Training has been hard but the lads have put in a huge amount of effort to prepare us for the weekend. We’re all excited to get going again.”

Bristol lie third in the Premiership table after eight wins in 13 matches prior to the season coming to a halt.

Fiji flyer Semi Radradra and England man Kyle Sinckler are among two players to have been recruited by Pat Lam ahead of the restart, alongside Sarries’ very own Ben Earl and Max Malins, and Lewington is expecting a mouth-watering contest.

“Bristol have ambitions to end the season as champions and while we aren’t in a position to compete in the Premiership, we’ve got aspirations of our own to build towards.

“It will be an exciting game for sure and it’s what all our effort over the past two months has been put in for.”