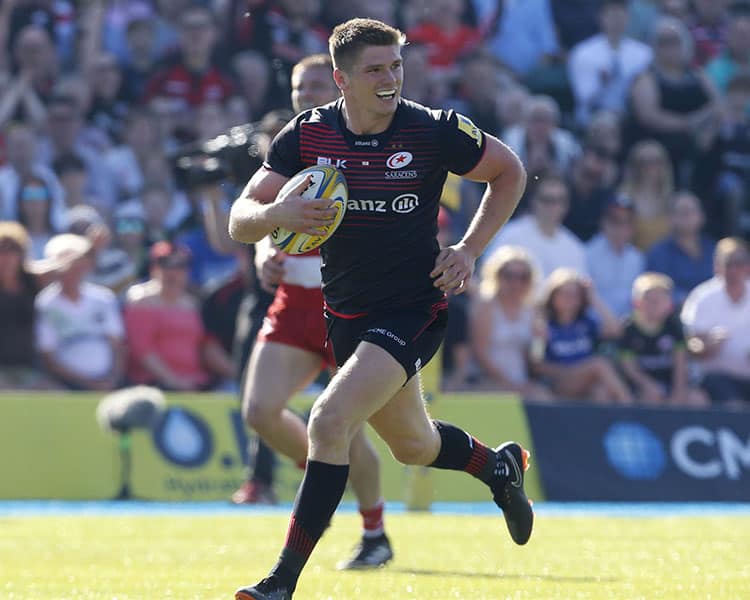 Saracens showed no mercy to Gloucester at Allianz Park as the visitors suffered a comprehensive 62-12 defeat and missed out on the top six to West Country rivals Bath Rugby. 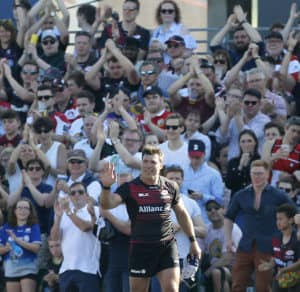 The hosts ran in eight tries – and a penalty score – despite making six changes for their final game of the regular season, with an eye on their upcoming Premiership semi-final.


Gloucester started the game in the Champions Cup places, but their defeat coupled with Bath’s bonus-point win against London Irish saw them slip down to seventh.

It had all started so well for the Cherry and Whites after England Under-20 winger Tom Seabrook dotted down in the first minute of his debut for the senior team.

The hosts were then forced into an early change as Ben Earl replaced Schalk Burger, before Marcelo Bosch had a try disallowed for Saracens by the TMO.

Mark McCall’s men did get on the scoreboard moments later, though. Schalk Brits started the move with a break down the middle before offloading to Richard Wigglesworth, who was brought down short of the line. 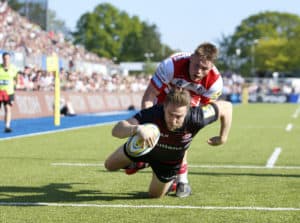 The ball was recycled and Alex Goode found Sean Maitland on the wing to score in the corner, with Owen Farrell adding the extras as Saracens took to the front for the first time.

But Gloucester bounced back almost immediately when Jason Woodward burst down the left, ghosting past two men and offloading inside to put David Halaifonua in under the posts.

A frantic opening 20 minutes continued as Saracens added a second try through Liam Williams, who received the ball after the Men in Black turned the ball over in the visitors’ 22.

Farrell was unable to convert this time around, but he did give the home side the lead on the half-hour mark from the tee after Gloucester were penalised for a lineout infringement. 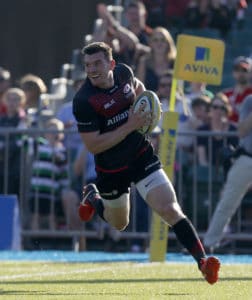 The England fly-half then scored a try on the stroke of half-time to extend Saracens’ advantage to 22-12, before they ran riot once again in the second half.

Juan Figallo secured the try bonus point just 48 seconds into the second half, before Maro Itoje and Chris Wyles added further scores to pile on the misery.

Hooker Richard Hibbard came on for his 100th appearance for Gloucester but he could not stem the tide as Saracens were awarded a penalty try after Jeremy Thrush was sin-binned.

Ben Spencer added a late brace and converted both efforts to conclude the scoring, with the north London side looking in good shape for their semi-final against Wasps.