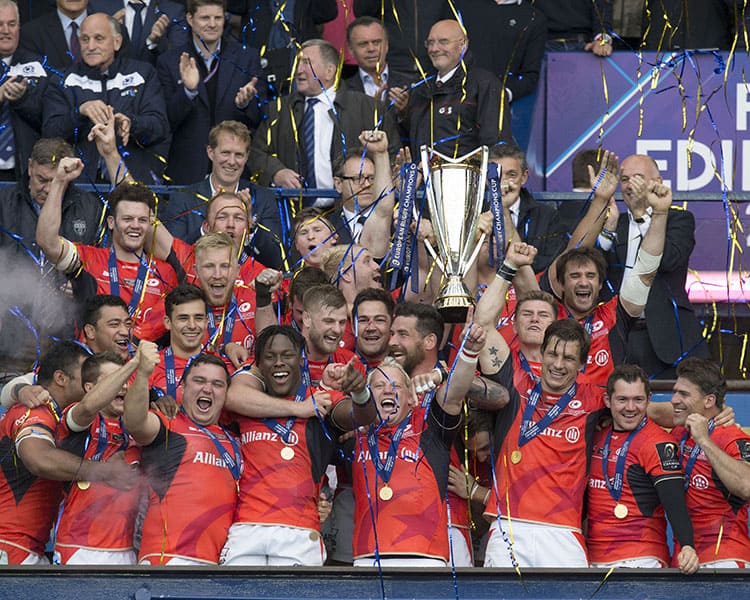 Saracens became back-to-back champions of Europe as they beat Clermont Auvergne in a pulsating Champions Cup final at Murrayfield.

Tries from Chris Ashton and George Kruis helped the E 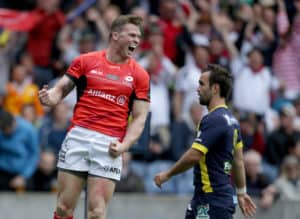 nglish champions into a 12-0 lead, but Clermont hit back through Remi Lamerat’s converted try.

When they raced into that early 12-0 lead it looked as though Saracens, playing a pacy all-court game, were going to blow Clermont away.

But the French side managed to claw their way back into the contest by taking on Saracens at the breakdown and they gave the Londoners a real fright before the power and class of the champions saw them home.

Ashton’s opener was sublime – the winger racing on to fellow England discard Goode’s precise grubber kick to become the leading all-time try scorer in the Champions Cup with 37. 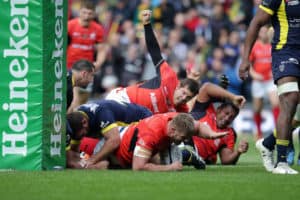 Kruis then bullied his way over after Goode’s slicing break had taken Sarries within a couple of yards.

But missed chances meant they were not out of sight, and from their first attack Clermont cut the gap to five points.

Aurelien Rougerie – the 36-year-old centre who joined the side from the Massif Central as a boy – was cut down just short by Ashton, but Lamerat was on hand for a converted score.

The French side are the nearly men of European rugby, having won only one of the 14 top-tier French and European finals they had been in previously.

Determined not to add to that record they decided to throw bodies into the ruck and they succeeded in halting Saracens’ momentum.

For a long time, it just offered the chance for the champions to show their defensive class, but a try of the season contender saw Clermont right back in it.

Scott Spedding started it from his own line, Fritz Lee and Peceli Yato took it on at pace and Abendanon cruised over for a converted score. 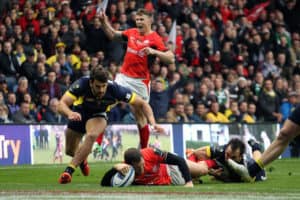 With just a point in it and the momentum apparently in Clermont’s favour, lesser sides might have folded, but Saracens pride themselves on their mental strength as much as anything and they took a vice-like grip on the game.

In desperation, Clermont began to concede penalties and Farrell kept the scoreboard ticking over for Saracens.

They needed a try to finish the Frenchmen off and twice came agonisingly close, but Camille Lopez got a hand to one try-scoring pass – not a deliberate knock-on, ruled referee Nigel Owens – and Billy Vunipola was bundled into touch a yard from the line.

But Clermont finally cracked and Goode got the try his performance deserved as he glided through a gap to confirm that Saracens are the best club side in Europe. 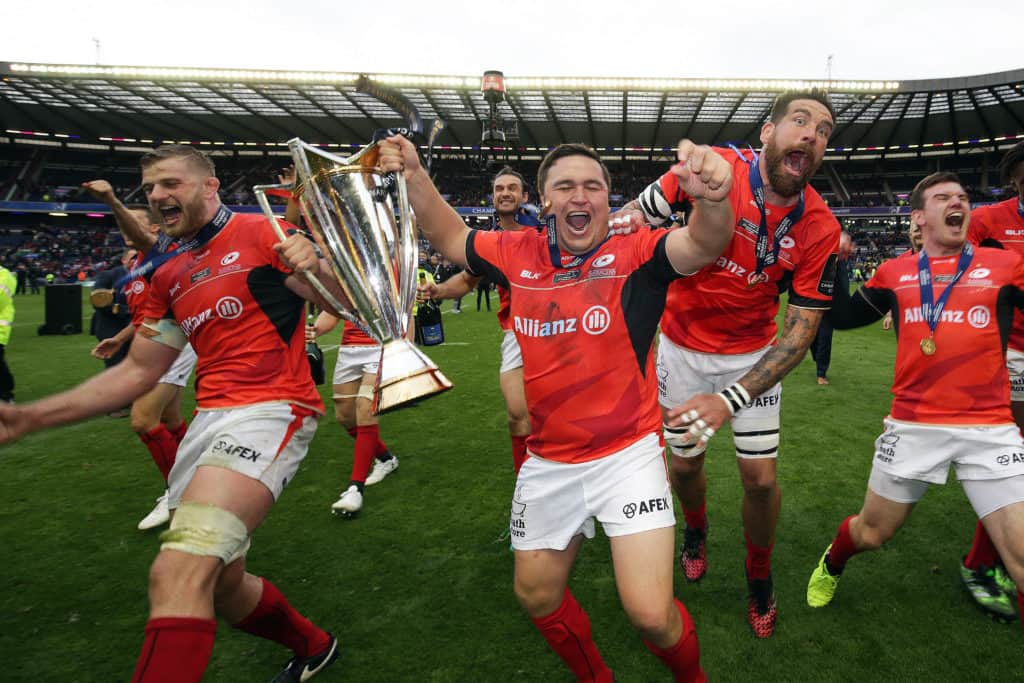