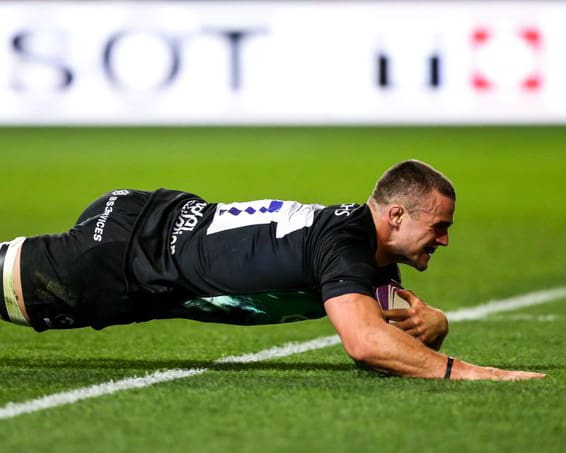 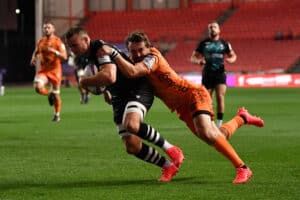 EARL AND MALINS ON TARGET VS TOMPKINS

Ben Earl and Max Malins defeated Saracens teammate Nick Tompkins as Bristol Bears progressed to the last four of the Challenge Cup with a comprehensive victory over the Dragons.

For his second outing in a row, Earl was awarded man of the match for his performance, scoring two tries.

His first came off the back of a strong support line alongside Semi Radradra while his second included a beautiful step to round the last line of defence.

As usual he was busy on the ball and carried 12 times, making 78 metres. In those runs he made three clean breaks and beat defenders as well as offloading once.

Malins was introduced in the second-half and followed up his two tries last time out with another score. 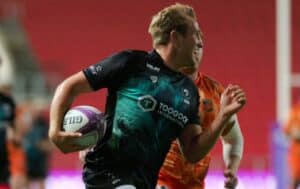 The 23-year-old finished off a lovely long range move late on and also showed dazzling footwork to set Bristol on their way for an early try.

Wales international Tompkins couldn’t stamp his mark on a tough night for the Dragons who found Bristol too strong.

The centre made three offloads – a game-equalling high – in seven carries and was busy in defence, having to make nine tackles. 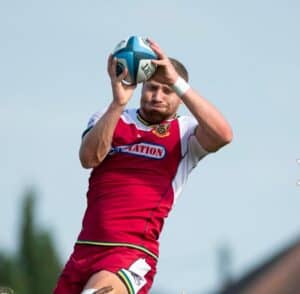 The England youngster began the match as a replacement and was brought on in the 52nd minute on the flank.

He was part of Saints’ successful line-out at Sandy Park but couldn’t help Chris Boyd’s side turn the score around.