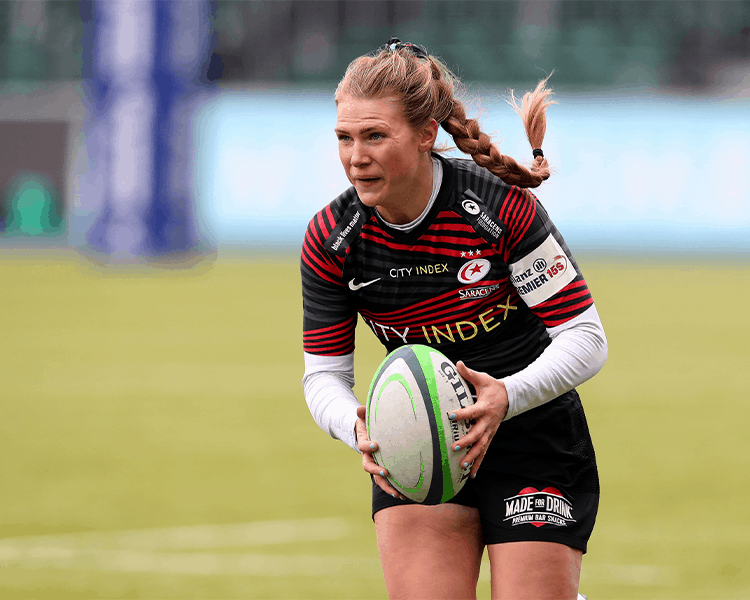 Saracens is thrilled to announce that captain Lotte Clapp has signed a new deal to remain at the club.

The skipper has a wealth of experience with 107 appearances for the club, meaning she is one of only three centurions in the current squad at StoneX Stadium.

The winger, who is also an England International and England Sevens Player is a prolific try-scorer, and her ability to convert an opportunity has been crucial for club and country.

A leader on and off the pitch, Clapp made her debut for the club back in 2014 and has captained her side to two Premier 15s titles on a memorable journey in the Black and Red shirt.

Clapp is pleased to be remaining at Sarries as the club prepare for another huge campaign.

“I’m looking forward to spending another year at the club, there’s already been some exciting changes so hoping for another big season!”

Head Coach Alex Austerberry says Clapp is a huge part of the club and will continue to have a big influence moving forward.

“Lotte is the epitome of Saracens. She has an unbelievable work-rate and cares deeply about the club and the people here. Her character manifests in the way she plays and the way she has leads. Added to all that she is a consistently high performer who makes a huge impact on both sides of the ball.”