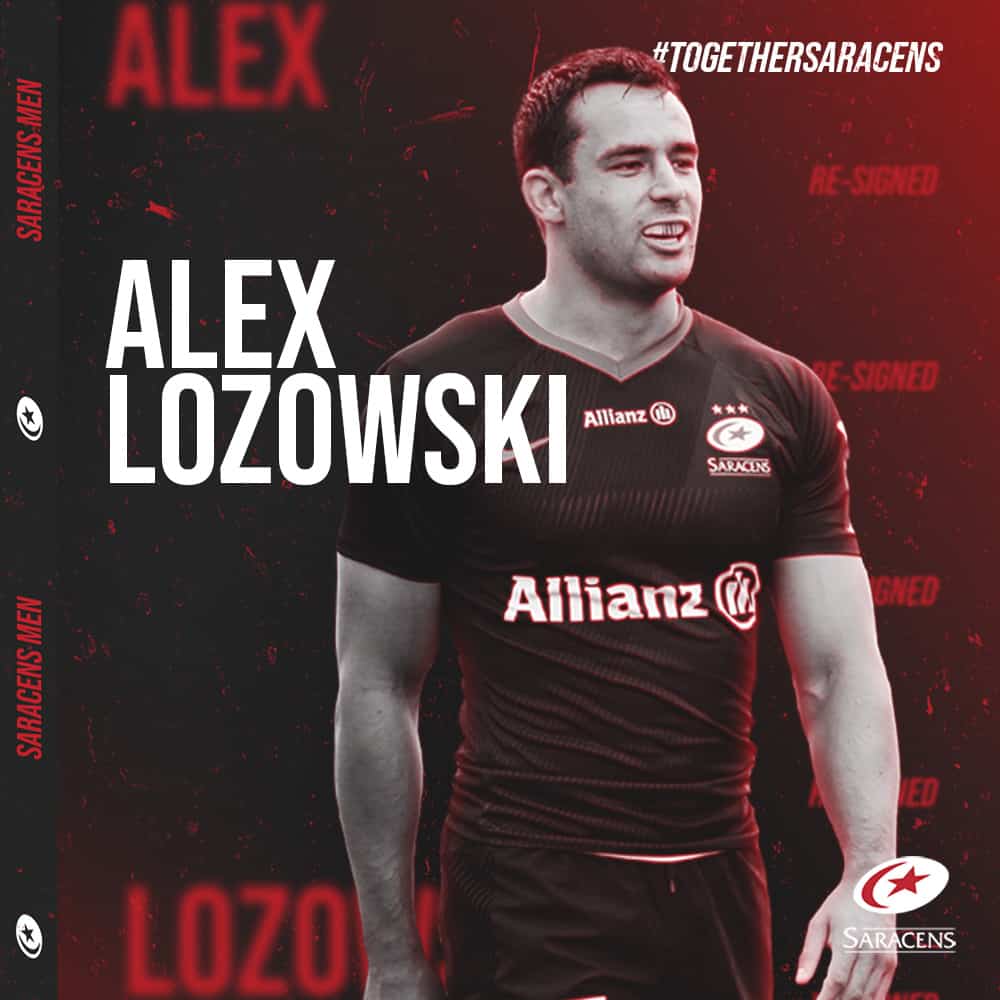 Saracens can happily reveal Alex Lozowski has committed his future to the club by signing a new two-year deal.

The centre will spend next season on loan at Top 14 outfit Montpellier in France before returning to the Saracens family for the 2021/22 season.

“It’s a club that have been really good to me over the years and I’ve enjoyed playing here for a long time now.”

Since joining from Wasps in the summer of 2016, Lozowski has made 107 appearances for the Men in Black and has proved to be a hugely versatile player across the back line.

The 26-year-old impressed in his debut season and earned a first international call-up to the England squad in October 2016 before ultimately earning his debut on the tour to Argentina the following summer.

Having transitioned into the centre during his time as a Saracen, Lozowski has been a prominent figure in the side both and showed just that in both the Premiership and Champions Cup finals in the 2018/19 double-winning season.

With some incredible memories made on and off the pitch to date, he insists signing a new deal will give him the chance to continue doing just that.

“I’m really happy to have managed to secure my future with Saracens,” he said. “It’s a club that have been really good to me over the years and I’ve enjoyed playing here for a long time now.

“I’ll be watching closely and cheering on the lads and hoping they do really, really well next season. I think the team spirit and character will take us back to where we want to be.

“I’m glad that I’ll be able to come back and play in a great team with a great bunch of lads the season after next.”

Director of Rugby Mark McCall added: “We are delighted that Alex has chosen to his extend his stay at the club.

“Whilst he has made great progress over the last few years, we firmly believe there is much more to come and we look forward to helping him realise his undoubted potential.”