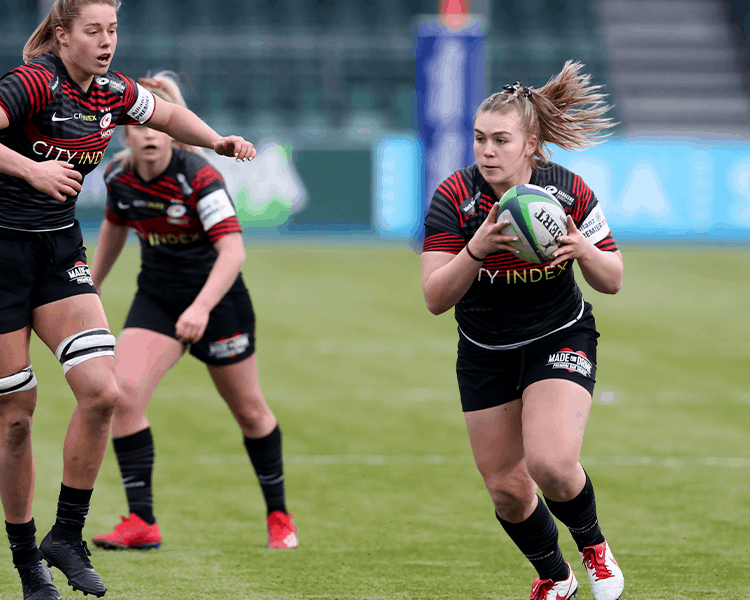 Saracens is excited to announce that Mackenzie Carson has signed a new deal to remain with the club for another year.

The Canada international is a hugely popular member of the squad, and has taken the Allianz Premier 15s division by storm since arriving in the UK in 2018.

After a spell with Bristol she made the move to StoneX Stadium to feature for the Women in Black, making a big impact at hooker to give the side dominance in the set piece.

She started playing rugby at the age of nine in Abbotsford, BC, Canada playing for her home club all the way up to their senior side. Then after making appearances for Canada U18 and U20, she gained her first senior cap as a 20-year-old against England during the Autumn Internationals in 2018.

“I’m thrilled to have signed for my third season at Saracens. The club has been very supportive in splitting my time between Canada and the UK and I can’t wait to run out in the Black and Red once again!” Said Carson after putting pen to paper in North London.

SEE MACKENZIE IN 21/22 WITH A SEASONAL MEMBERSHIP!